The Australian manufacturer of an emergency beacon device at the centre of a controversy in Ireland has said it only became aware of problems associated with the device after a fishing tragedy in Ireland.

GME has told RTÉ News the percentage of failures of such devices is minimal.

The Emergency Position Indication Radio Beacons (EPIRBs) are small electronic apparatuses that most boat users and fishermen must have.

They are supposed to emit a signal to the coast guard if submerged in water.

Waterford brothers Paul, Kenny and Shane Bolger died in July when the small boat they were fishing from in Tramore Bay capsized.

The EPIRB in their boat did not emit a signal.

The device was one of those that have now been classified by the company and the Government as possibly defective.

GME said it became aware of a small number of EPIRBs that failed a self-test procedure following what it called "market-place feedback".

A microprocessor malfunction has been blamed.

A company spokesperson said the precautionary alert on six types of EPIRBs came as a response to the tragedy in Ireland.

Minister for Transport Leo Varadkar has ordered an investigation within his department to find out why the reported failure of four EPIRBs three years ago did not lead to action being taken before now.

In a statement, the department said the GME EPRIBs at the centre of media reports hold certification issued by Bureau Veritas, the relevant international certifying authority, confirming compliance with the EU Marine Equipment Directive.

It said the department had raised concerns with the manufacturer earlier this year following feedback in relation to vessel surveys that led to the alert by the company.

The statement said the department made enquiries in 2010 to the manufacturer regarding false alerts and battery failures and advised the company that four units were returned as part of their warranty process.

In two cases the equipment was replaced in line with the warranty, a third was refused because the equipment had been tampered with and the fourth EPIRB was still awaiting examination at the time.

The department said it is examining all the issues involved and will make a detailed report as quickly as possible. 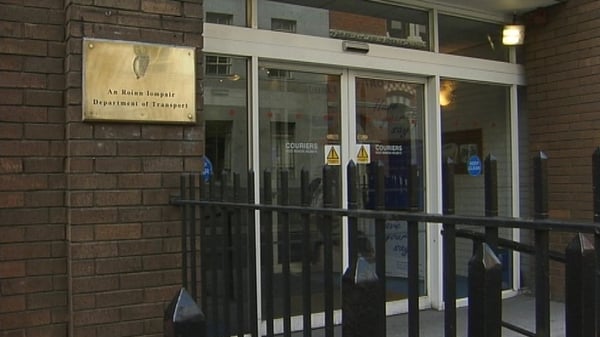