A US jury has awarded Apple about $290m in a damages retrial against Samsung Electronics, the latest battle in global patent litigation between the two mobile giants.

The verdict was announced in a California federal court after a week-long trial. Apple had requested $379.8m, while Samsung argued that it should have to pay $52.7m.

A Samsung representative could not immediately comment on the verdict.

Apple spokeswoman Kristin Huguet said it was grateful to the jury for imposing costs on Samsung, though the case has been about more than money for the company.

"It has been about innovation and the hard work that goes into inventing products that people love," Ms Huguet said.

Apple and Samsung have been fighting in the courts for over two years.

Last year, Apple was awarded over $1bn after it convinced a jury that Samsung copied various iPhone features - like using fingers to pinch and zoom on the screen - along with design touches like the phone's flat, black glass screen.

Samsung manufactures phones that use the Android operating system, developed by Google.

In March US District Judge Lucy Koh upheld about $600m of that verdict but ordered a retrial on the rest, ruling that the previous jury had made some errors in its calculations.

In addition to the fight over money, Apple is seeking a permanent injunction against several older Samsung phones. Ms Koh had previously rejected such a sales ban, but earlier this week the US Court of Appeals for the Federal Circuit ordered her to reconsider.

Nick Rodelli, a lawyer and adviser to institutional investors for CFRA Research in Maryland, said injunctions are much more important in these legal battles than monetary awards. Still, he said, the verdict shows that Apple's narrative was persuasive to a second jury drawn from Silicon Valley.

"A jury award on the high end of the range is a modestly positive signal for Apple," Mr Rodelli said. 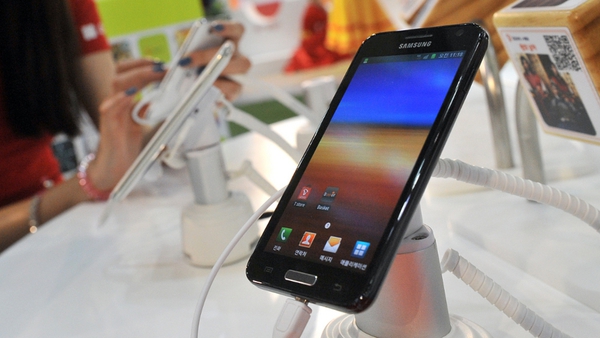