The Chairman of the Garda Síochána Ombudsman Commission has said the organisation treats any information it receives about garda informants with "the upmost sensitivity".

Speaking on RTÉ's Morning Ireland, Simon O'Brien said the commission has never, and would never, reveal the details of informants.

Garda Commissioner Martin Callinan told an Oireachtas committee yesterday that officers had been careful in disclosing details about informants to GSOC because of fears about leaks.

Mr O'Brien said: "If we are furnished with information of a sensitive nature, if that happens to be about an informant, then we will obviously treat it with the upmost sensitivity.

"You will find that through our history, presently and in the future, we will not ever reveal sensitive details on an informant or other sorts of sensitive information."

In response to questions about trust issues between gardaí and GSOC, Mr O'Brien said there was always a healthy tension between a force and an oversight body.

"I wouldn't be doing my job properly if I was popular," he said.

"A colleague said to me at the Phoenix Park the other day, 'You are doing a very good job then'.

Mr O'Brien also said the commission has no evidence that any informants were being "run off the books".

He said: "What we are clear about though is that a criminal trial was halted, a prosecution was halted in the past, because at a very late hour the status of a particular individual involved in that prosecution was confused.

"I think if the status of someone is confused in a criminal trial, I think that is alarming for how we run justice in this country." 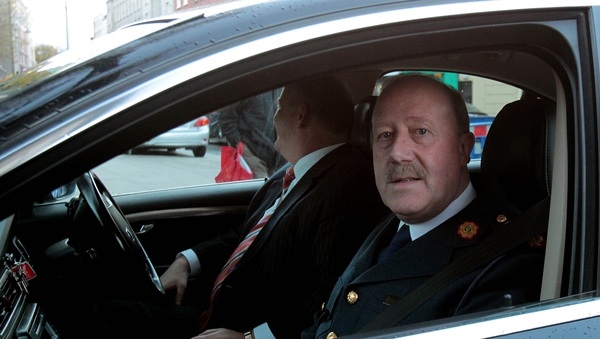