MEPs examining the actions of the EU-IMF Troika in programme countries like Ireland hope to have their draft report ready by Christmas.

The inquiry, which is being conducted by the Parliament's economics Committee, is already under way.

Questionnaires went out yesterday to the heads of government, the finance ministers, central banks of programme states, and to the Troika.

EU sources told RTÉ News that the Parliament's President Martin Schulz told rapporteurs this week that some heads of government are concerned that the examination could become a left wing vehicle for electioneering - ahead of the Parliamentary elections next May.

The Parliament's Committee was urged to keep the report factual.

It is understood a draft report should be ready to be considered by the Committee by 16 January.

An amended report for plenary should be ready by March.

The comments came after an examination of the country's efforts to meet conditions needed to secure further financial aid.

The Troika of the European Commission, the European Central Bank and the International Monetary Fund said discussions with Greece would continue.

"Good progress has been made, but a few issues remain outstanding. The discussions will continue from respective headquarters," a joint statement said.

The two sides have been at odd for months over the size of budget savings required for Greece to meet its fiscal targets.

The group intends to return to Athens to continue its review in early December. 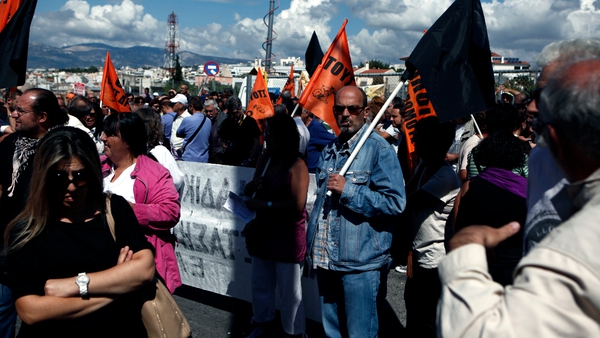