Greek public sector workers went on strike for the second time in a week.

The 48-hour strike has shut schools and left hospitals with skeleton staff.

Inspectors from the Troika are in Greece to check whether it is meeting its bailout targets.

Workers began the walkout this morning against plans to cut thousands of public sector jobs.

They are also protesting over the killing of an anti-racism rapper by a supporter of the far-right Golden Dawn party.

ADEDY, the public sector umbrella union which organised the walkout, said government efforts to reduce the 600,000-strong civil service at the behest of the EU and IMF bailing out Greece was "the most merciless plan" to eliminate worker rights.

The government has dubbed the plan a "mobility scheme", meaning workers will have to find work in another department within eight months on a reduced salary or be laid off.

The workers say the government is firing them indiscriminately at a time when Greece in enduring its worst peacetime crisis and record unemployment. 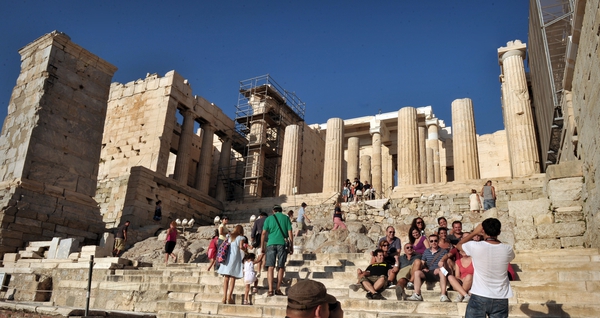