Soldiers from a British army undercover unit in Northern Ireland have admitted shooting unarmed IRA suspects in Belfast 40 years ago.

Former members of the unit told the BBC's Panorama programme, to be broadcast tonight, that they also carried out drive-by shootings of nationalists, even though there was no independent evidence any of them were IRA members.

Speaking publicly for the first time, ex-members of the Military Reaction Force said they had been tasked with "hunting down" IRA members in Belfast.

The unit operated for 18 months before being disbanded in 1973 and its records have since been destroyed.

Taoiseach Enda Kenny has said he would decide what action was needed after he watches the programme.

The British Ministry of Defence said it had referred the disclosures to police.

The reaction force had around 40 hand-picked men from across the British army who addressed each other by first name and dispensed with ranks and identification tags.

They operated at the height of the Troubles in the early 1970s, when bombings and shootings by paramilitaries occurred almost daily.

Another ex-member said it was part of his mission to draw out the IRA and minimise its activities.

"If they needed shooting they'd be shot," he said.

The British army has a series of rules known as the Yellow Card, which guides when a soldier can open fire lawfully.

Generally, lethal force was only lawful when the lives of members of the security forces or others were in immediate danger.

Another soldier said: "If you had a player who was a well-known shooter who carried out quite a lot of assassinations... it would have been very simple, he had to be taken out."

According to the Panorama programme, seven former members of the force believed the Yellow Card did not apply to them and one described it as a "fuzzy red line", meaning they acted as they saw fit.

Some said they would shoot unarmed targets.

The MRF's records have been destroyed but the soldiers denied they were part of a death or assassination squad.

Tony Le Tissier, a major in the Royal Military Police, said: "They were playing at being bandits, they were meant to be sort of IRA outlaws.

"That's why they were in plain clothes, operating plain vehicles and using a Thompson sub machine gun (favoured by the IRA)."

In the early 1970s, nationalists would man barricades in west Belfast aimed at preventing troops from entering.

Some soldiers said they would drive by and open fire, even if they did not see anybody brandishing a gun.

Among those they killed in May 1972 was father-of-six Patrick McVeigh.

His daughter Patricia said: "We want the truth. We don't want to stop until we get the truth."

Speaking on RTÉ’s Today with Sean O'Rourke, Ms McVeigh said her family were not happy with the open verdict, which was recorded after her father's death.

They have called for a new inquest to discover the circumstances surrounding his murder.

"We as a family were never happy with that.  My father was killed unlawfully, there's a slur on his name which we want lifted.

"We want to get the truth, an apology and a new inquest to discover exactly what happened and for the soldiers to explain why."

The BBC programme comes the day after Northern Ireland Attorney General John Larkin suggested drawing a line under all murders carried out before 1998.

He advocated ruling out further inquests and inquiries into the crimes committed during the 30-year conflict, insisting a line should be drawn on offences perpetrated before the signing of the 1998 Good Friday peace agreement.

There was almost universal negative reaction to that proposal.

British Prime Minister David Cameron made clear that his government had no plans to legislate on any form of amnesty.

Taoiseach Enda Kenny said the Government would wait for recommendations by US diplomat Dr Richard Haass on Northern Ireland before a Dáil debate on any amnesty for crimes committed before 1998.

A new report published this morning estimates the cost of attempting to deal with legacy issues over the next five years will run to £190m (€227m).

Sinn Féin Leader Gerry Adams reacted to the BBC programme, he said:"The existence of the Military Reaction Force, and its activities have been known for many years but tonight's programme contained new information and provides a fresh insight into the use by the British Government of counter-gangs and secret military units.

"... we need to take this opportunity to move the process forward in a way that looks after the victims but also builds the future for the survivors", he said. 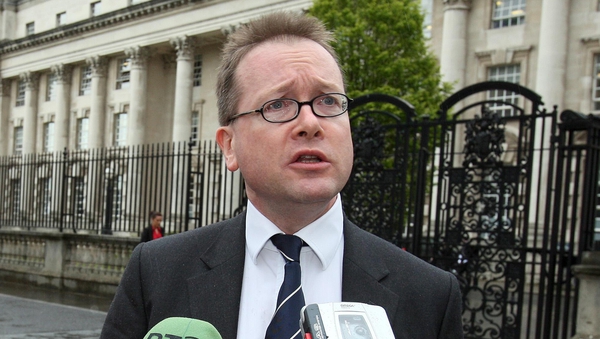