Domestic and international aid agencies face a mounting humanitarian crisis, with the number of people displaced by the catastrophe estimated at four million, up from 900,000 late last week.

Philippine engineers have salvaged generators from a flooded IT park to bring light back to some streets of typhoon-devastated Leyte province, the Energy Ministry said.

Night falls early in the Philippines, one of the biggest challenges in ensuring security on the worst-hit island of Leyte, where an estimated 70-80% of structures in the path of the storm on 8 November were reduced to rubble.

Nearly 95% of the deaths from the typhoon came from Leyte and Eastern Samar.

Ormoc, on the west of Leyte, was spared the storm surge.

The city's streets have since become clogged with thousands of people from surrounding districts, who form queues that wrap around city blocks outside pharmacies, pawn shops, petrol stations and generator-powered ATMs.

At the port, hundreds huddled under the sun for a chance to get on a ferry leaving the island.

In one queue, people lined up for the entire day to take a number, which then entitles them to join another queue for a ticket. 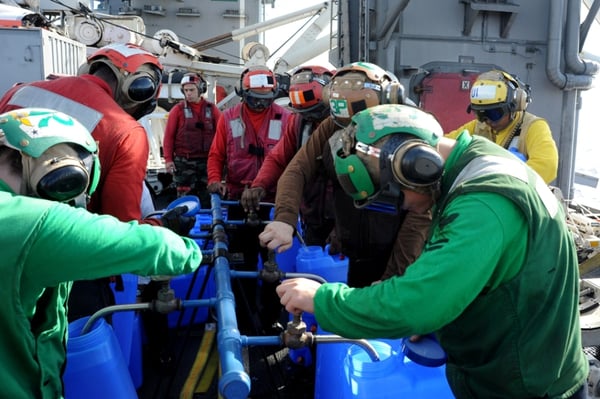 Irish aid to Philippines increased to over €3m