The Government has announced an additional €1.6m in aid for victims of Typhoon Haiyan, bringing Ireland's financial commitment to over €3m.

The Minister for Trade and Development Joe Costello said as the magnitude of the disaster had become clear, it was all too apparent that  further assistance was required.

The president arrived in the crippled city by helicopter and visited a medical centre.

He has been criticised for the slow pace of aid distribution and unclear estimates of casualties, especially in Tacloban, capital of hardest-hit Leyte province.

The Philippines is facing up to an enormous rebuilding task from Typhoon Haiyan, which killed at least 3,974 people, with many isolated communities yet to receive significant aid despite a massive international relief effort.

The number of people displaced by the catastrophe is now estimated at four million, up from earlier estimates of 900,000.

There are 1,186 people missing, according to the national count.

In Tacloban work has begun clearing debris from roadsides, but side streets remain blocked by flattened houses.

City officials fear hundreds more bodies could be found when they are eventually cleared.

Mr Aquino, caught off guard by the scale of the disaster and criticised by some for the sometimes chaotic response, visited affected areas today.

He has sought to deflect some blame toward mayor of Tacloban Alfred Romualdez's administration, whose staff and security forces have been decimated by the storm.

Mr Aquino told reporters that the city appeared to be unprepared compared to other areas a day after the typhoon hit.

Nearly half a million houses were damaged by the storm, half of them destroyed, according to the United Nations.

While aid packages have begun to reach more remote areas, much of it carried by helicopters brought by the USS George Washington aircraft carrier, the UN said people were still going hungry in some mountainous provinces.

Collections at churches in Ireland

Special collections are to take place at masses and church services in Ireland to help with relief efforts in the Philippines.

Tens of thousands of people in the Philippines have been receiving emergency supplies as a major international aid effort gathers pace.

It has been nine days since Typhoon Haiyan struck causing widespread devastation.

The UN has said it hopes to provide enough aid for six months along with its partners.

Official figures have put the number of deaths due to the storm at over 3,600 with about half a million homeless, though it is feared the final death toll could be higher.

Collections will take place at Irish Catholic churches today - where money is also being raised to help bring aid to victims of war in Syria - and also at Church of Ireland services.

The head of the Irish aid agency GOAL yesterday criticised the international state response to the crisis that has hit at least 13 million people. 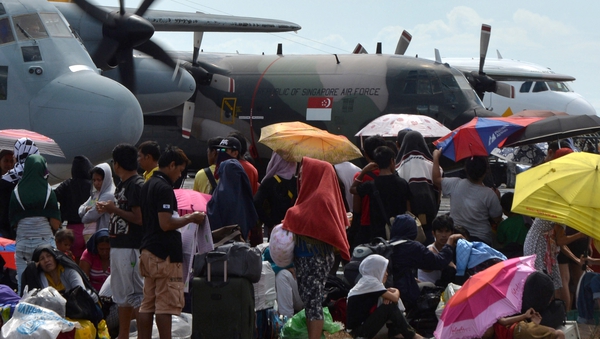