The CEO of the charity GOAL has said the failure to meet the UN call for funding to alleviate the effects of Typhoon Hayian in the Philippines is very frustrating.

While charities have had a very good response, Barry Andrews said only one quarter of  the $300m, has been pledged so far.

He said: "At the current rate of funding, the emergency response is going to fail."

Aid agencies however say that food and supplies are reaching many survivors but there are still enormous logistical problems.

The UN estimates that more than 13 million people have been affected by one of the strongest storms to hit land on record.

The number of confirmed dead is around 3,500 although the UN thinks the actual figure could be much higher.

As the aid effort continues, the city of Iloilo is running low on food.

Local government units are struggling to feed hundreds of thousands of typhoon victims.

Officials say they need 3.5 million cans of sardines and 1.5 million packets of noodles every two days.

Aid is finally arriving but the relief effort is patchy.

Survivors in devastated regions are starting to rebuild.

The UN has more than doubled its estimate of people made homeless to nearly two million.

These will provide temporary shelter but a long-term solution is a long way off. 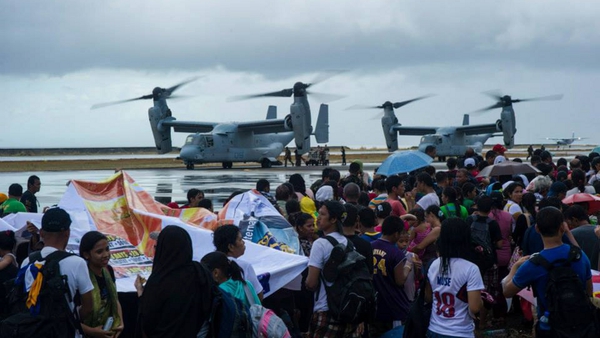