A US aircraft carrier has arrived off the coast of the Philippines to help co-ordinate the international rescue and relief effort.

US soldiers have started unloading food and water for survivors, almost a week after a powerful typhoon devastated the country.

Health officials have warned that the areas hardest-hit by the storm are now entering a peak danger period for the spread of infectious diseases.

Survivors have expressed anger and frustration over the slow delivery of aid so far.

Aid distribution has been hindered by paralysed local governments, widespread looting, a lack of fuel and debris-choked roads.

In response to mounting criticism, the government has said it will reach and help all victims of the storm, which has affected as many as 11 million people.

That toll is almost double the last official number given, but still less than the 10,000 estimated by local authorities.

However, there was confusion about the figure quoted by the UN, as the official number of confirmed deaths earlier in the day stood at 2,357.

The dead are still being buried one week after the storm and a tsunami-like wall of seawater slammed into coastal areas. 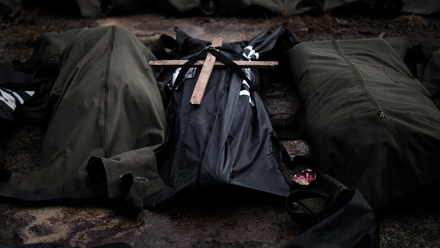 Many corpses in the worst-hit city of Tacloban remain uncovered on roadsides or under splintered homes.

The preliminary number of missing as of today, according to the Red Cross, remained at 22,000.

That could include people who have since been located, it has said.

Foreign aid officials have called the disaster unprecedented for the Philippines.

"There is utter devastation. People are desperate for food, water, shelter, supplies and information about their loved ones," UN Secretary-General Ban Ki-moon told reporters during a visit to Latvia. "We are doing everything possible to rush assistance to those who need it. Now is the time for the international community to stand with the people of the Philippines."

"One of the best capabilities the strike group brings is our 21 helicopters," commander Rear Admiral Mark Montgomery said in a statement.

"These helicopters represent a good deal of lift to move emergency supplies around."

US sailors have brought food and water ashore in Tacloban and the town of Guiuan.

Tacloban city administrator Tecson John Lim said on Sunday that an estimated 10,000 could have died in his city alone.

Tacloban's main convention centre, the Astrodome, has become a temporary home for hundreds of people living in squalor.

Outside Tacloban, burials began for about 300 bodies in a mass grave today. A larger grave will be dug for 1,000.

The city government remains paralysed, with an average of just 70 workers on duty, compared with 2,500 normally.

Many were killed, injured, lost family or were too overcome with grief to work.

More than 920,000 people have been displaced, the United Nations said. But many areas still have not received aid.

"It's true, there are still areas that we have not been able to get to where people are in desperate need," UN humanitarian chief Valerie Amos told reporters in Manila.

"I very much hope that in the next 48 hours, that will change significantly.

"Yes, I do feel that we have let people down because we have not been able to get in more quickly."

Philippine President Benigno Aquino has been on the defensive over his handling of the storm and the pace of relief efforts.

Earlier this week, he said estimates of 10,000 dead by local officials were overstated and caused by "emotional trauma".

He had said the toll was closer to 2,000 or 2,500, adding it could rise. The president's comments have drawn scepticism from some aid workers.

If you would like to donate to the relief fund - details of charities providing aid here. 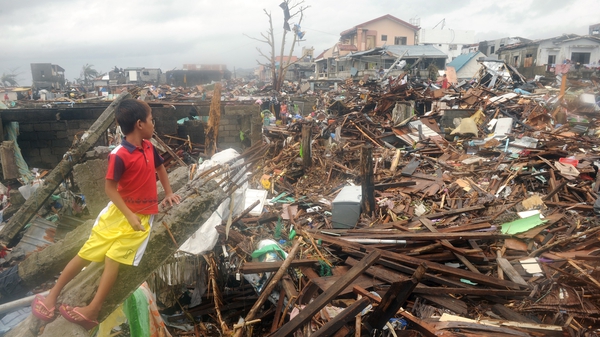