Ireland faces twice-yearly monitoring both by the European Union and the European Central Bank when it exits its bailout next month.

Head of the eurozone finance ministers group Jeroen Dijsselbloem said a determination had yet to be reached on how long such scrutiny would last, or what precisely would be involved.

He made the comments after eurozone finance ministers issued a statement saying they fully supported yesterday's decision by the Government to exit its bailout programme without requesting any further financial help.

It also commended the Irish people for their efforts and achievements in what are described as very difficult circumstances.

At a news conference in Brussels last night, Mr Dijsselbloem and EU's economic chief Olli Rehn both said Ireland was an example as to how such a programme can work and should work.

Head of Europe's bailout fund Klaus Regling said his staff would also be assessing, on an ongoing basis, Ireland's ability to pay back its debts.

Ireland is set to emerge from the bailout on 15 December. 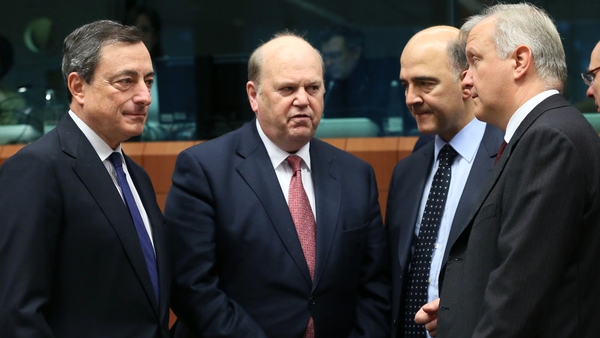