The chairman of the Oireachtas Transport and Communications Committee has presented the report on the sponsorship of sporting events by alcohol companies in the Dáil.

Mayo TD John O'Mahony said a ban would have a negative impact on sport at a "grassroots level" and would also pose difficulties for Ireland hosting international sporting events.

He told the Dáil that he fully supported the main aim of the National Substance Misuse Strategy to ban sponsorship.

But he said more needed to be done to look at replacing current funding streams.

Fine Gael TD Jerry Buttimer said the misuse of alcohol was a challenge to everyone.

"I take a pint, I take a drink. I binge drink myself and I'm ashamed of that," he said.

The deputy, who is the chairperson of the Health Committee said the use of the Guinness Hopstore for dignitaries had to stop and "we should aspire to more than that."

Minister for State at the Department of Health Alex White said while good work was under way by sporting bodies and local clubs, "children's sporting heroes are fashioned in alcohol branded sports gear, the stadiums where they play are emblazoned in branding."

The minister questioned if the needs of protecting public health were of "lesser importance than the further professionalisation or the international success of sporting codes."

He said the debate involved "pitting different imperatives against one another" and that there was no possibility of having it every way.

Fianna Fáil's Timmy Dooley, who is also a member of the Transport and Communications Committee, suggested small steps in tackling alcohol abuse.

He said a code of conduct for coaches to remove practices like underage teams being brought to pubs after games, could be introduced.

He acknowledged that children are drinking alcohol, and said such a practice has "a bigger impact on the acceptance of alcohol consumption than a brand on a field."

Independent TD Mick Wallace said the level of public funding of sport in Ireland was "ridiculous".

Fine Gael deputy Eoghan Murphy said society turns a blind eye to the problem of young people accessing alcohol and added that the responsibility was on everyone.

Sinn Féin’s Dessie Ellis said: "In an ideal world there shouldn't be sponsorship".

However, the deputy said if funding was cut, there would be repercussions.

He said much of the funding from sponsorship goes into community projects and he questioned where the shortfall would be met.

Deputy Róisín Shortall who brought the issue to the table when she held the position of Minister for State at the Department of Health said a comprehensive strategy was required. 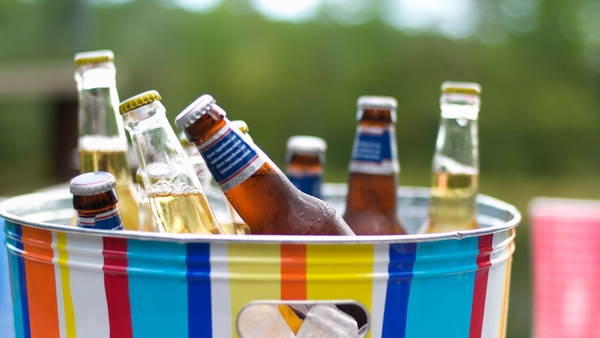