The Chairperson of the Revenue Commissioners has admitted it could have handled communications better in relation to the payment of the Local Property Tax.

Josephine Feehily was speaking at the Oireachtas Committee on Finance, Public Expenditure and Reform.

Her appearance followed criticism of a letter sent to homeowners seeking to know how they intend to pay the 2014 tax.

Ms Feehily told the committee that Revenue decided to offer the widest number of payment options for the tax.

She said this approach has resulted in a compliance rate of 91% or returns in respect of 1.6 million properties for the 2013 tax.

She said that Revenue began writing to 988,000 property owners on 21 October, but said mistakes were made in the basic way the letter was written.

Ms Feehily said there had been no indication from the payment of the 2013 tax that any misunderstanding would arise.

The one exception, she said, was people not realising that the credit or debit card payment would hit them immediately.

Ms Feehily said around 205,000 returns have been made, which is a compliance rate of 35% just weeks before the online filing date on 27 November.

The paper filing deadline for the tax has been pushed back to Thursday 14 November.

The opening hours of the tax helpline (1890 200 255) have also been extended to deal with queries from the public.

Ms Feehily told the committee that Revenue would not rush to offer delayed property tax payments using credit cards because there would be data protection issues.

When pressed by Committee Chairman Ciaran Lynch, Ms Feehily said Revenue would never refuse to consider any recommendation from the committee in the future.

She said: "Do you think people would be happy for us to have their credit card details and to dip in and out of them whenever we wanted?"

Ms Feehily said it is important to recap that this is a new tax for Revenue and the largest extension of self-assessment in the history of the State.

She said data on the number of people who have paid does not support the view that confidence in the collection system has been damaged.

However, Fine Gael TD Alan Farrell said that it is not accurate to say that Revenue has not been damaged.

Ms Feehily's invitation to appear before the committee was criticised by Socialist Party leader Joe Higgins.

Mr Higgins said he expects the contractors who are digging up the pavements to install water meters will be invited in to explain the audacity of the water charges.

Fianna Fáil Senator Thomas Byrne said the Revenue Commissioners was being used as an alibi at the committee.

Mr Byrne said it was "a disgrace" that Ms Feehily was being hauled in to answer questions.

He said: "When the Government TDs brought in the property tax legislation they blamed it on Fianna Fáil and now when it is being implemented they blame it on the Revenue."

People Before Profit Alliance TD Richard Boyd Barrett welcomed Ms Feehily to "the show trial" and said she had been made a politically scapegoat by the Government.

However, Ms Feehily said she was invited and it is her responsibility to answer questions about the tax.

Mr Lynch thanked Ms Feehily and said her information was highly positive and had served to clear a lot of things up. 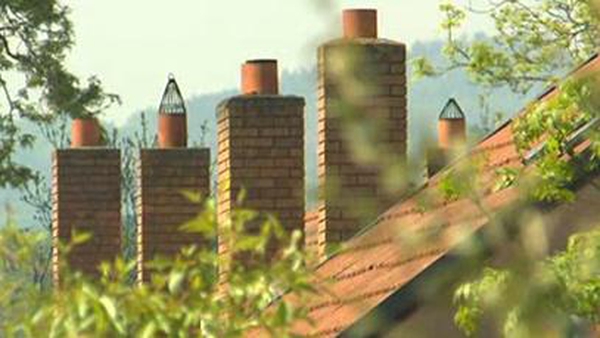