Minister for Justice Alan Shatter has said he believes there is substantial support for same-sex marriage in Ireland.

He also welcomed the support that Opposition parties have given to the proposal.

Mr Shatter said the decision yesterday to hold a referendum on same-sex marriage was an historic one.

He said he was not surprised at the views expressed by the Catholic Church, but said that people of all sexuality should be treated equally in the eyes of the State.

Speaking to RTÉ's Morning Ireland, Mr Shatter said: "The church is entitled to express its views on these issues.

"It's for us as politicians, it's for members of the Government and the Opposition parties to address these issues based on reality.

Yesterday, Bishop of Kildare & Leighlin Denis Nulty said while there is a necessity to treat homosexuals with compassion, the very nature of marriage and children and their importance to society is worth protecting.

The referendum on same-sex marriage will be held in the first half of 2015. 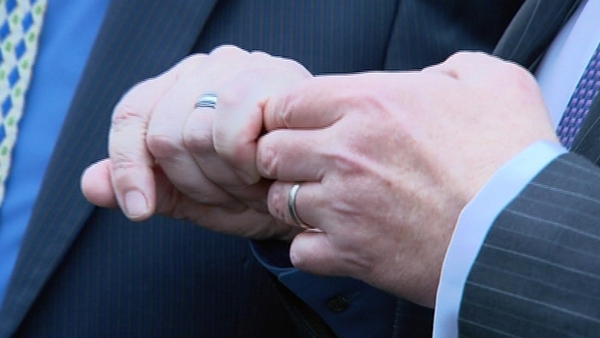