The Government has agreed to hold a referendum on civil marriage for same-sex couples in the first half of 2015.

Minister for Justice Alan Shatter brought a memo on the issue to Cabinet this morning.

Taoiseach Enda Kenny has given a strong backing to the Cabinet decision.

Speaking at an event in Dublin tonight, Mr Kenny said he strongly supported the decision and the Government would campaign for it when it comes.

A Government spokesman earlier said considerable preparatory work needed to be done ahead of the vote, including legislation for same-sex adoptions and other measures.

Mr Kenny told the Dáil this afternoon: "In respect of this particular issue about gay marriage, clearly the preparatory legislation in respect of family support and family issues is one that will be published hopefully by the Minister for Justice before Christmas.

"The question that is often raised in this context is often in regard to adoption and that is a matter that the Minister for Children and Youth Affairs will follow through."

In June, the convention submitted its report to the Government, which had four months to consider the issue.

Tánaiste Eamon Gilmore earlier said the right of gay people to marry was an "important issue".

Mr Gilmore said it would be "important to win this referendum".

Minister for Finance Michael Noonan said he had no personal objection to same-sex marriages.

He said it was important to have a "non-judgemental society" where different lifestyles are sometimes "celebrated".

Mr Shatter has said he will shortly report to the Dáil on the Government's positive response to the Constitutional Convention’s Third Report.

"The Government shares the concern of Mr Tom Arnold, the Chairman of the Constitutional Convention that people be better informed in relation to referendums and is also concerned to ensure that questions put to the people in referendums give rise to no misunderstanding or confusion," he said.

The Equality Authority welcomed the commitment by the Government to hold a referendum on the issue.

Chief Executive Renee Dempsey said the authority said it supports a question being put that involves the entire electorate in expressing a view and that the referendum "does not place a minority group in the position where they must ask permission of their peers to marry the person of their choice".

Amnesty International Ireland said the decision shows the ability of the Constitutional Convention to drive serious reform in Ireland.

The Irish Council for Civil Liberties, the Gay and Lesbian Equality Network and Marriage Equality have all welcomed the announcement.

GLEN chairman Kieran Rose described it as a "historic step".

Marriage Equality chairperson Grainne Healy said the decision was important not only from a legal perspective but socially as well.

Bishop of Kildare & Leighlin Denis Nulty said there is is always a necessity to treat homosexuals with compassion.

But he said the very nature of marriage and children and their importance to society is worth protecting.

He said: "The Catholic Church will continue to hold that the differences between a man and woman are not accidental to marriage but fundamental to it and that children have a natural right to a mother and a father and that this is the best environment for them where possible."

Dr John Murray of the Iona Institute said it now seems clear that virtually all of the political parties in Ireland are prepared to radically change for the worse the most important child-centred social institution.

The vote on same-sex marriage is among a number of referendums that are to be held in the first half of 2015.

The other provisions to be put before the people will include lowering the voting age to 16 and other recommendations that the convention is still deliberating. 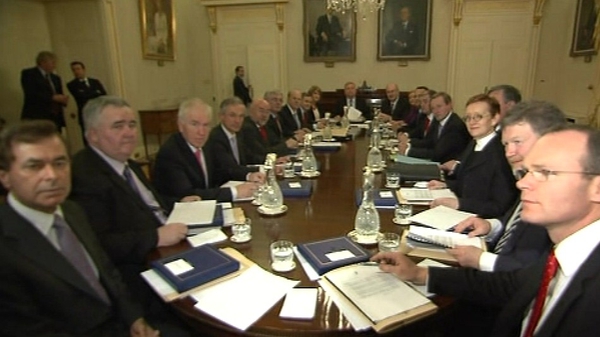