French President Francois Hollande has summoned his cabinet to a meeting today over the killing of two French journalists by armed gunmen in northern Mali yesterday.

They were killed shortly after being abducted by gunmen in Kidal.

"The French president ... expresses his indignation over this heinous act," Mr Hollande's office said in a statement.

President Hollande said his cabinet would work with the UN and Malian authorities to establish how the two journalists had been "assassinated."

Local sources said the two were killed about 12km outside the town shortly after they were abducted beside the house of a man they had been interviewing.

Their bodies were found by a French military patrol that had been told of the kidnapping.

France's defence ministry said that the two had been advised not to travel to the area.

Local militias and al-Qaeda linked militants are active in the area, which remains unstable after an uprising.

The journalists were seized after they interviewed Kidal resident Ambeiry Ag Rhissa, a local official with the MNLA Tuareg separatist group.

"Their driver heard the two reporters protest and resist. It was the last time they were seen," RFI said.

RFI said in a statement that the journalists were working on stories on northern Mali for a special broadcast the station was planning from 7 November.

Kidal is the birthplace of a Tuareg uprising last year that plunged Mali into chaos, leading to a coup in the capital Bamako and the occupation of the northern half of the country by militants linked to al-Qaeda.

A French-led military intervention drove out the militants but there are still pockets of insurgents and the incident has dramatically highlighted the continuing security risks.

France still has about 3,000 soldiers in the country, alongside Malian troops and UN peacekeepers. 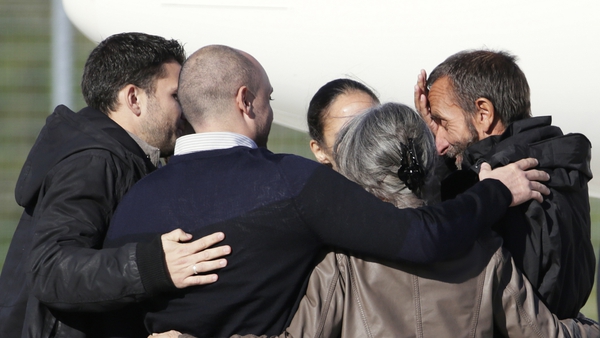