Four French men held hostage in the Sahara desert by al-Qaeda-linked gunmen for three years have returned to France.

Questions have been raised over whether a ransom was paid to the captors.

The men, kidnapped in 2010 while working for French nuclear group Areva and a subsidiary of construction group Vinci in northern Niger, were freed yesterday after secret talks.

They landed on a French government jet at the Villacoublay military airport outside Paris.

"I am very happy. It was difficult, the ordeal of a lifetime," said Thierry Dol, one of the freed men.

French Foreign Minister Laurent Fabius denied the government had paid a ransom, but many French media and analysts said money had changed hands.

Mr Fabius said the men were in shock, having been isolated for so long. "They slept well, but on the floor as they are not yet able to sleep on mattresses," he said.

The men's release could benefit President Francois Hollande politically a day after a poll showed he had become the most unpopular French President on record, dogged by repeated rows over taxes, immigration and unemployment.

No details have been given on the circumstances of the four men's release, but Niger's President Mohamadou Issoufou said they had been retrieved from northern Mali.

Niger began making contact with the kidnappers a few months ago, Mr Issoufou told Le Figaro in an interview. "We always remained confident because we had regular contacts," he said.

Le Parisien wrote that Areva would have told the government that it intended to pay to free the four men. Le Figaro also reported that Niger sources had said a ransom had been paid, but that Areva has denied this.

Mr Hollande said France has ended a policy of ransoming hostages, but suspicion that it still pays out has been a source of tension with the US.

Western and regional security officials say kidnapping has earned al-Qaeda tens of millions of euro, although no figures have been confirmed.

The money has allowed the group to buy food, fuel, weapons and favour among local populations in remote zones of Mali's north.

Thousands of French troops intervened in northern Mali this year to prevent Islamists and criminal gangs who seized the desert region in 2012 from extending their reach further south.

French media showed relatives of the four freed hostages travelling to Paris to welcome them. "It's indescribable happiness, of the kind you'll only have once in your life," Marc Feret's sister Christine Cauhape said.

After the release of the men, pressure grew on the French government to secure freedom for two French nationals still being held after being taken by armed groups in Mali.

"I would also want to be at Villacoublay (airport) to welcome my dad," Diana Lazarevic, the daughter of one of the remaining hostages in Mali, told Europe 1 radio. "I am really disappointed." 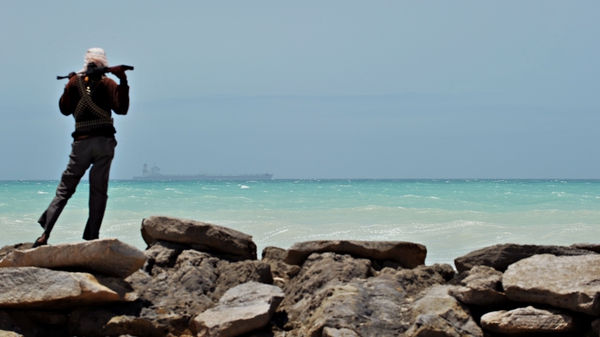