The airline's deputy Chief Executive, Michael Cawley, said the development will bring an extra 80,000 passengers through the airport in 2014.

New services to Eindhoven in the Netherlands, Kaunas in Lithuania and Glasgow Prestwick will begin next April.

Ryanair is also planning to offer more flights to London, with two additional flights to the city from Knock each week.

At a press conference at the airport, Mr Cawley said the additional services were a direct response to the Government's decision to reduce the travel tax to zero in the Budget.

Mr Cawley said Ryanair would bring at least one million extra passengers into the country next year.

Ireland West Airport manager Joe Gilmore said he hoped almost 600,000 passengers would travel to the region next year, as a result of this morning's announcement.

He said Ryanair's role in developing air routes to the west of Ireland should not be taken for granted and the credibility of the airport was enhanced by such developments.

Mr Gilmore said the Government also had an important role to play in developing routes and services.

He said the airport had been working hard to convince the Government of the benefit of investing in regional airports.

Mr Cawley said a number of measures to improve customer satisfaction at Ryanair are an effort to make things easy for passengers in the coming months.

The airline has announced several changes to make the booking and onboard experience more straightforward.

Mr Cawley said Ryanair was often the "poster child for criticism" when it came to customers complaining about flights and released issues.

But he said this was a consequence of its status as one of the world's biggest carriers.

Mr Cawley said the airline was listening to customers and making improvements in line with what people were looking for.

He said the new approach was not a major departure in the way the company interacted with passengers. But he said the improvements were a "change for the better" and he felt that was a good thing.

Mr Cawley said Ryanair did not listen to or read about any issues raised by a group claiming to represent over half of the airline's pilots.

He said that to his knowledge, the Ryanair Pilot Group had one former company pilot in its ranks.

Mr Cawley said staff at all levels were entitled to join a trade union, but he said most of them preferred to deal directly with management if they had issues or concerns about pay and conditions. 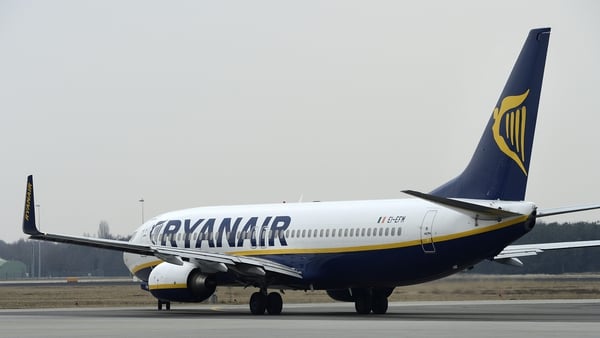 Ryanair to reduce some fees and operate 'quiet flights'