Ryanair has announced a programme of customer service improvements, which include a reduced boarding card reissue fee and quiet flights early in the morning and late at night.

In a statement, the airline said six enhancements would be made over the next six months in response to customer feedback.

The "Recaptcha" security code, which appears on the booking page, will be removed from the website from next week.

Also from next week, customers who book directly on the airline's website will be given a 24-hour grace period to correct any minor errors.

Ryanair is to operate quiet flights prior to 8am and after 9pm.

During these flight periods, no announcements will be made on board other than required safety announcements. Ryanair will also dim the lights during these quiet flights.

From December, Ryanair will allow passengers to bring a second small carry-on bag, no bigger than 35cm by 20cm by 20cm, which will allow a bottle of wine or equivalent to be carried.

December will also see the boarding card reissue fee cut from €70 to €15 for customers who have already checked in online.

However, customers who fail to check-in online will continue to pay a €70 airport check-in fee.

From the beginning of next year, standard airport bag fees will be cut from €60 to €30 at the bag drop-in desk and from €60 to €50 at the boarding gate. 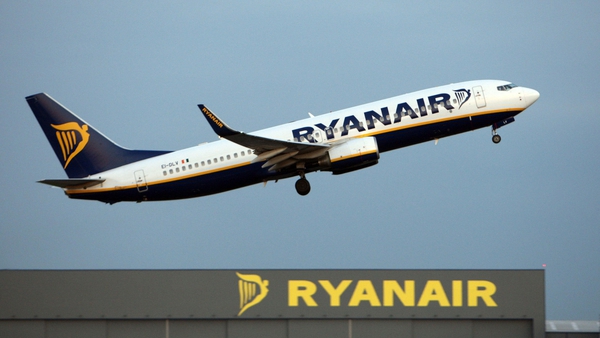