Ryanair has announced plans for eight new routes from Shannon Airport, which will begin operating in April 2014.

The services will fly between Shannon and Berlin, Paris, Warsaw, Nice, Fuerteventura, Krakow, Faro and Munich.

They will facilitate up to 300,000 passengers over a full year.

Ryanair said the new routes are a "direct response" to the Government’s reducing the travel tax to €0 in Budget 2014.

The no-frills airline previously said it would grow passenger numbers at Irish airports by one million as a result of the tax being cut.

It said it was in talks with other Irish airports about the rest of its growth plans for 2014 and hoped to make further route announcements in the coming weeks.

Minister for Transport Leo Varadkar has welcomed Ryanair's announcement, describing it as the "first dividend" of the decision to end the €3 travel tax.

He also said it showed the success of the Government's decision to make Shannon Airport independent of the DAA.

Welcoming the announcement, Minister for Finance Michael Noonan said: "I would like to thank Ryanair for their prompt and positive response to Budget 2014 and I look forward to announcement by Ryanair of extra routes and passengers across Ireland in the coming weeks."

Tourism Ireland said the move is "wonderful news for tourism to the west of Ireland".

Chief executive Niall Gibbons said Tourism Ireland is committed to working with Ryanair, Shannon Airport and other tourism interests, through co-operative marketing, to drive demand for these flights to Shannon.

Clare County Council also welcomed Ryanair's news, saying it puts the newly independent airport on a "much firmer footing" regarding its future prospects for growth. 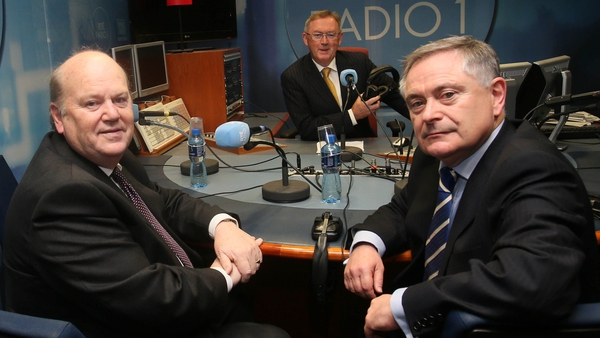