Taoiseach Enda Kenny has said the Cabinet is due to decide by next week its response to the Constitutional Convention's recommendation on legislation for same-sex marriage.

Earlier this year, the convention recommended that the Constitution be changed to allow for civil marriage for same-sex couples.

Ahead of a Cabinet meeting this morning, Mr Kenny said ministers had four months to respond to the recommendation and should be in a position to do so this week or next week.

Constitutional Convention Chairman Tom Arnold yesterday called for a review of the low level of public engagement with referendums before any further votes take place.

It followed a comment by Tánaiste Eamon Gilmore that the Government may hold a referendum on same-sex marriage.

Mr Arnold said it was a concern of the convention that prior engagement with referendums had been poor.

Irish bonus system to be abolished

A Government spokesman said Minister for Public Expenditure Brendan Howlin sought and received approval at Cabinet to abolish bonus points for Irish for promotion and recruitment to the civil service.

In terms of recruitments, a new quota system will be put in place whereby 6% of a new panel can speak Irish in the departments where it is required.

It is understood there was no evidence that the bonus points system had encouraged the use of Irish in the civil service. 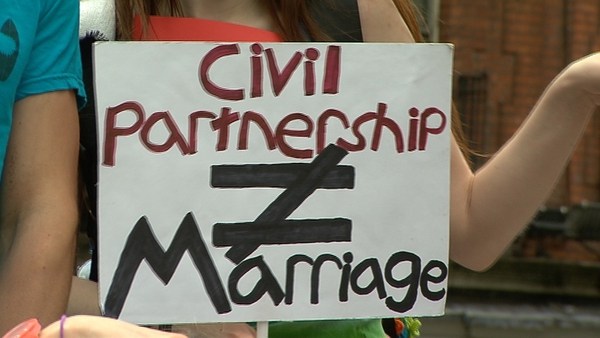