A rare moment of coordination between the Syrian government and rebels enabled 1,800 civilians to flee a besieged town on the edge of Damascus.

A source in the Ministry for Social Affairs said the evacuation from Mouadamiya had gone ahead with the help of the Syrian Arab Red Crescent and some civil groups.

Forces loyal to President Bashar al-Assad have used sieges to root out rebels from residential areas during the civil war that has cost more than 100,000 lives and displaced millions.

The government says the residents of Mouadamiya are being "held hostage" by terrorists.

This is the third such evacuation from Mouadamiya and the United Nations says 3,000 women and children have already left.

The opposition says 12,000 people face starvation and death in the town, which they describe as 90%  destroyed.

International pressure has mounted on Syrian authorities to open humanitarian corridors to deliver aid to besieged civilians but relief agencies say they have not been granted access.

Meanwhile, Polio has broken out among young children in northeast Syria and could spread inside and outside the country, the World Health Organisation has said.

The disease is caused by a virus transmitted via contaminated food and water.

It can spread rapidly among children under five, especially in the kind of unsanitary conditions endured by the displaced in Syria or crowded refugee camps in neighbouring countries.

The WHO's regional laboratory in Tunis has isolated the wild polio virus in samples taken from ten victims.

Results on the other 12 are expected within days.

Spokesman of the WHO polio eradication programme Oliver Rosenbauer said that: "Out of those 22 being investigated, ten are now confirmed to be due to polio virus,"

Most victims are under two years old and are believed never to have been vaccinated or to have received only a single dose of the oral vaccine instead of the three that ensure protection from polio, he said.

Around 500,000 children in Syria have not been vaccinated against polio and diseases such as measles, mumps and rubella because of war, according to the UN Children's Fund (UNICEF).

It is Syria's first polio outbreak since 1999, according to WHO, the United Nations health agency.

The city of Deir al-Zor is partly controlled by Syrian government forces, while the surrounding countryside is in the hands of rebels fighting to remove President Bashar al-Assad.

About 65,000 children under five in Deir al-Zor province are deemed vulnerable, according to the WHO's latest estimate.

It cited government complaints about his performance and lack of coordination with other officials.

Mr Jamil had been in Geneva recently and met US officials there, according to US sources in the city.

It was unclear if his dismissal was linked to the meetings.

"Jamil was dismissed because he left his centre of work without prior permission and did not follow up on his duties ... additionally, he undertook activities outside the nation without coordinating with the government," Syria television reported. 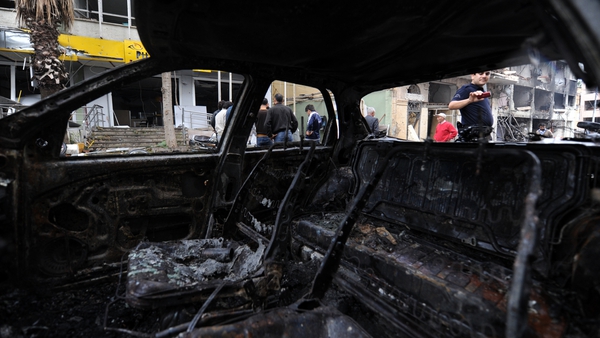