Apple sold a record-breaking 33.8 million iPhones in the last financial quarter, but it also suffered a fall in profits, figures released by the technology giant have revealed.

The company also experienced a drop in sales of Mac computers in the three months to the end of September.

Its sale of smartphones was up from 26.9m in the same period last year.

The latest results include the first few days that the newest iPhones, the iPhone 5c and 5s went on sale in September.

In the past quarter, Apple sold 14.1 million iPads, a slight rise from 14 million between July and September 2012.

It sold 4.6 million Macs, down from 4.9 million in the same period last year.

International sales made up 60% of revenue for this quarter, according to the California-based company.

The results come days after Apple announced the launch of the thinner and lighter iPad Air and a revamped iPad Mini, both of which go on sale in November.

In a conference call to investors, analysts and journalists after announcing the results, Mr Cook said he saw "significant opportunities" in new product categories, as well as across the current Apple spectrum.

He did not give further details, but said Apple's skills in hardware, software and services were "very, very unique".

"I think no one has a set of skills like this.

"And we obviously believe we can use our skills in building other great products that are in categories where we don't currently participate today, and we're pretty confident on that." 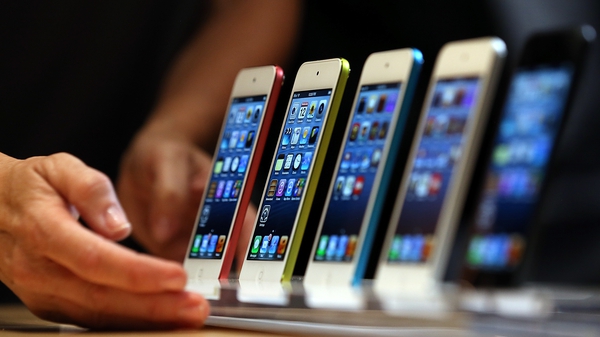