The Social Welfare and Pensions Bill passed second stage in the Dáil tonight, by 79 votes to 44.

The Dáil has been adjourned until 10am tomorrow, when the bill will be discussed at committee stage.

It gives effect to social protection measures in the Budget which require legislation.

These include the scrapping of the bereavement grant and cuts to unemployment benefits for new claimants aged under 26.

The final stages of the Bill are expected to conclude at around 4pm tomorrow.

It will then move to the Seanad the week after next.

Earlier today, Minister for Social Protection Joan Burton defended the bill during the second reading of the legislation.

Ms Burton acknowledged that the reduction of €226m would impact and cause difficulties for those who rely on social welfare.

However, she said the State pension, the Carer’s Allowance and Disability Allowance have been protected.

Ms Burton said her department had protected the welfare safety net, despite inheriting "an economic emergency".

Fianna Fáil’s Willie O'Dea began his contribution by criticising the Government for "ramming" the bill through the Dáil.

He said if the minister thought she deserved praise for the bill, she was mistaken.

Mr O'Dea accused the Government of pushing emigration in order to see a reduction in unemployment figures.

Sinn Féin's Aengus Ó Snódaigh also criticised the means by which the Government is putting the bill through the Oireachtas.

In recognition of the difficult position of some older workers, the minister said they will be able to avail of an array of supports that will be introduced by her department in January.

It will mean, according to Ms Burton, that those aged 62 and over on jobseeker schemes will not be faced with activation sanctions.

However, she said if a person over 62 wants support to re-skill or re-train they will be able to voluntarily avail of a number of supports.

Ms Burton said the department was trying to balance the fact that some people want to work for longer in life.

The Government earlier published the Finance Bill which will implement Budget 2014 measures. 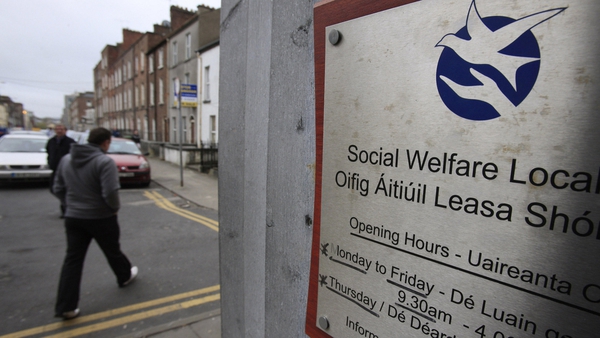