Primark has announced plans to pay long-term compensation to the victims involved in the Bangladesh building collapse in April, or to their families.

Primark, which trades as Penneys in Ireland, is owned by Associated British Foods.

More than 1,100 people died in the Rana Plaza factory collapse and over 2,500 were injured in the disaster.

In a statement, the company said it had set a timetable for beginning long-term compensation payments to the 550 victims, or their dependents, of the firm that was producing clothing for Primark at the time.

The company will also make another short-term compensation payment while the long-term scheme is implemented.

Primark said it has done this unilaterally and has called on other brands to make compensation payments to workers involved in the production of their labels.

It said if other brands fail to implement a compensation scheme, it will pay the wages of all the workers involved in the disaster for another three months.

This it will do, it said, despite the fact "the workers involved did not make clothing for the company but for other brands".

The company's move comes as a new report from ActionAid Bangladesh revealed that 94% of the victims have yet to receive sick pay or compensation.

It also said 92% of survivors have not gone back to work. 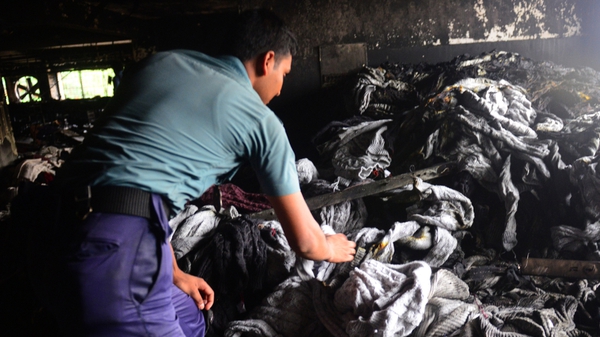