President Michael D Higgins has been awarded the highest state honour by El Salvador for his work in highlighting human rights abuses by US-backed forces in the country's civil war in the 1980s.

President Higgins told his counterpart Mauricio Funtes that he had seen at that time the dead bodies of some of the poorest people in the world.

He said their deaths came as a result of the consequences of some of the most powerful, and he had felt obliged to bear witness.

President Higgins said it was enormously heartening to be back as Irish President in a land free from war, where politics was now marked by stability.

Later, he warned against wilfully forgetting or burying the past.

He said Irish people know very well from the peace process in Northern Ireland how important it is to reject amnesia about the past.

Last night, a guard of honour and a ceremonial presentation of keys greeted President Higgins.

He said he was moved by the warmth of his reception.

He praised El Salvador as providing a model for development in the region. 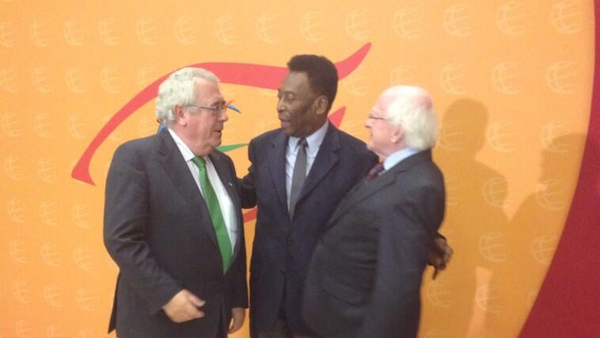