Mr Sharif made the request during a meeting with Mr Obama in the White House's Oval Office.

However, the Washington Post reported yesterday that while top Pakistani officials denounce the US drone programme, they have secretly endorsed it for years and are routinely given classified briefings on targets and casualties.

The newspaper said that markings on some documents indicated they were prepared by the CIA's Counterterrorism Center so they could be shown to Pakistani officials.

The documents discuss strikes that killed dozens of alleged al-Qaeda operatives and in which they say no civilians were killed.

The newspaper said a CIA spokesman it contacted did not dispute the authenticity of the documents.

US-Pakistani relations were badly strained following the 2011 Navy SEAL raid that killed Osama bin Laden deep inside Pakistan, where he was in hiding.

But they appear to be on the mend as the US prepares to pull forces out of Afghanistan in 2014.

The US has quietly restarted security assistance to Pakistan after freezing aid during the period of soured relations, when the US frequently voiced complaints about the ties of the Pakistani intelligence service to militant groups active in Afghanistan.

A series of major setbacks in recent years included a 2011 NATO air strike that mistakenly killed Pakistani border guards and another incident that year in which a CIA contractor killed two men on the streets of Lahore.

Mr Obama acknowledged tension and "misunderstandings" between the two countries.

He said he and Mr Sharif had pledged to work together on security issues in ways that "respect Pakistan's sovereignty".

Mr Sharif was elected prime minister in June in a historic election that marked Pakistan's first civilian transfer of power after the completion of a full term by a democratically elected government.

He is the first Pakistani leader to visit the White House in five years.

"To see a peaceful transition of one democratically elected government to another was an enormous milestone for Pakistan," Mr Obama said.

Much of US security aid to Pakistan is intended to bolster the ability of its military to counter militants in semi-autonomous tribal areas.

The US use of armed drones to attack suspected militants in Pakistan has long been controversial, although the number of incidents has dropped in recent months.

The issue came up again this week when Amnesty International and Human Rights Watch accused the US of breaking international law by killing civilians in missile and drone strikes intended for militants in Pakistan and Yemen.

White House spokesman Jay Carney called it "a hard fact of war" that US strikes sometimes result in civilian casualties, but said drone strikes did so far less than conventional attacks.

The US takes pains to make sure any such strikes conform to domestic and international law, he said. 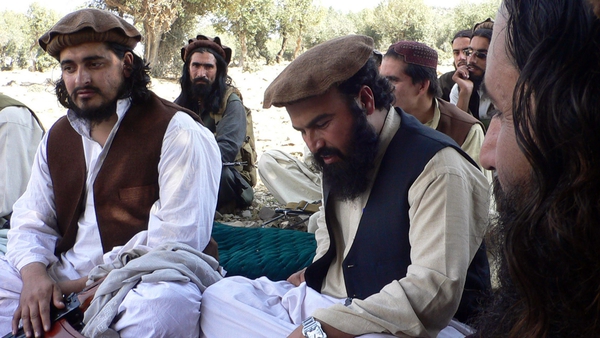