A US drone strike in the North Waziristan region has killed the number two of the Pakistan Taliban, according to three security officials.

Wali-ur-Rehman had been poised to succeed Hakimullah Mehsud as leader of the Pakistan Taliban, a senior army official based in the South Waziristan tribal region, the group's stronghold, said in December.

The Pakistani Taliban are a separate entity allied to the Afghan Taliban.

Known as the Tehreek-e-Taliban Pakistan (TTP), they have launched a number of devastating attacks against the Pakistani military and civilians.

Drone casualties are difficult to verify. Foreign journalists must have permission from the military to visit the tribal areas along the Afghan border.

US President Barack Obama recently indicated he was scaling back the drone strike programme, winning cautious approval from Pakistan.

A Pakistani Foreign Ministry official condemned all such strikes.

"Any drone strike is against the territorial integrity and sovereignty of Pakistan and we condemn it," the official, who declined to be identified, said.

They said seven people were killed and four wounded. It was not immediately clear if the victims were the intended targets.

"The bodies were badly damaged and beyond recognition."

North Waziristan is on the Afghan border and has long been a stronghold of militants including Afghan Taliban and their al Qaeda and Pakistani Taliban allies.

Prime Minister-elect Nawaz Sharif said this month that drone strikes were a "challenge" to Pakistan's sovereignty.

"We will sit with our American friends and talk to them about this issue," he said. 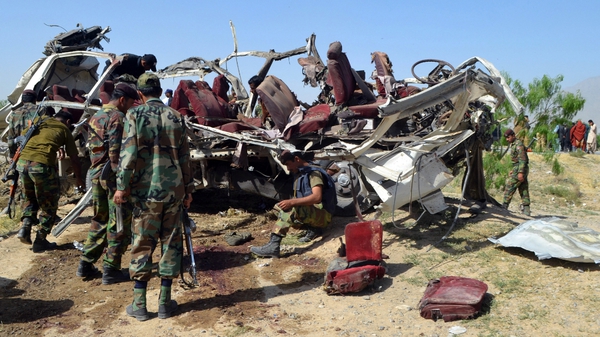