In a statement issued afterwards, Mr Noonan described the meeting as "constructive".

Mr Noonan will travel to Frankfurt to meet officials from the European Central Bank before later holding talks with the International Monetary Fund.

Mr Noonan declined to speak with the media after the meeting but his department issued a statement afterwards.

It outlined how Mr Noonan had updated Mr Rehn "on the recent Budget and in particular Ireland's plans to reduce the deficit below 4.8% in 2014, well within the 5.1% EDP target, and to deliver a primary balance or small surplus in 2014".

Mr Rehn "acknowledged the significant progress that Ireland has made over the course of the adjustment programme and that Ireland is now in a strong position to exit the programme this year".

Speaking at an economics conference in Limerick last week, Mr Noonan said no decisions have been taken about whether or not to apply for a post-bailout credit line from the EU or IMF. 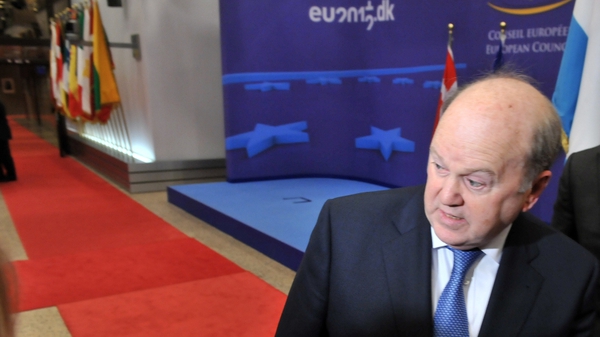