Minister for Finance Michael Noonan has suggested that Ireland may require a €10 billion backstop from the European Union and International Monetary Fund in order to engineer a smooth exit from its bailout at the end of this year.

The head of euro zone finance ministers has told the European Parliament that Ireland would get "measures to support its gradual exit" from the bailout.

Jeroen Dijsselbloem said the measures were needed "to make sure that it is a good exit and not a temporary exit".

The Government has not finalised its position on what Ireland may require to exit the EU-IMF programme, but Mr Noonan has been saying for months that some form of "hand-holding" would be needed to reassure the financial markets.

Both the European Commission and the head of euro zone finance ministers have confirmed that discussions are under way about what measures could assist Ireland, but no details were given about what that support might be.

Mr Noonan has now given an indication of the amount of money that he believes may be needed - €10 billion. This amount would be equivalent to Ireland's predicted deficit for the year 2014.

The minister told the Irish Independent his hope would be that the precautionary credit line would give confidence to Ireland's lenders.

He said it was his intention that the money would never be drawn down.

It is expected that any agreement will be concluded after the Budget, with analysts examining the text closely to see what, if any, new conditions are attached.

Sinn Féin's Pearse Doherty has described the €10 billion figure as "a second bailout" and said Taoiseach Enda Kenny and Mr Noonan should publish the terms and conditions that would apply.

The Taoiseach has welcomed the fact that Ireland will receive assistance on its way out of the bailout programme.

Enda Kenny also dismissed comments made by Pearse Doherty on the matter.

Speaking in Dublin, he said that the Government was now involved in the preparation of details leading to the budget on 15 October.

He said that all of the information about that will not be available for Cabinet to make its decisions until mid-September and they had not discussed the extent of any figure in regard to this.

Enda Kenny said that Mr Noonan would have referred to what the potential deficit for next year is.

However the Taoiseach welcomed Mr Dijsselbloem's indication that Ireland will receive assistance.

He said he hoped Ireland would never have to use it but the nature of it was a discussion that will take place at the next Troika visit, which is in October.

Asked if he was worried about the conditionality of any backstop, Mr Kenny said that they had already been set by the European standards in terms of changes that have been made at European level 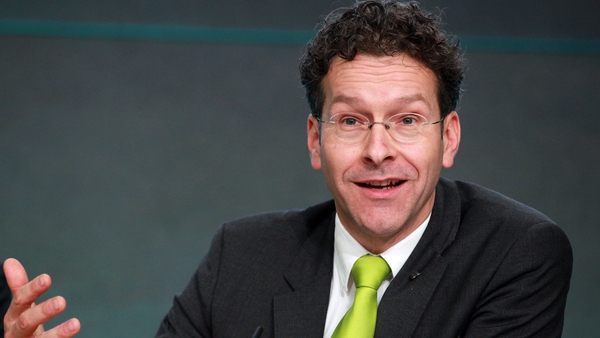