Minister for Health James Reilly has said he has no intention of resigning.

Mr Reilly has been the focus of political attention after it emerged that the departments of An Taoiseach and Public Expenditure & Reform will have oversight over plans to cut €666m from the health budget next year.

Speaking at the launch of a public health campaign to tackle childhood obesity, he said it was "a bit rich" of Fianna Fáil leader Micheál Martin to call for his resignation given his own record in the Department of Health.

Speaking on RTÉ's News At One, Mr Martin said it was not good enough that people with chronic health conditions were losing their discretionary medical cards even where their income exceeded the threshold for a standard medical card.

Mr Martin said that imposing cuts as planned to the health budget would cause untold damage.

He said it was unsustainable to add €600m to €1bn extra in the cuts to the health budget.

He said the reductions as planned were unachievable without causing  "untold misery".

Mr Reilly said that Mr Martin had more money than at any time in the history of the State and he had made a complete mess of health.

He said he is more in control of the health budget than ever before.

Minister Reilly reiterated that he had asked the Taoiseach and Minister for Public Expenditure and Reform to assess the health budget figures.

The minister said he wants everyone to understand the implications of the cuts on the Health Service Executive's service plan, which is due to published in a fortnight.

When asked if next year's cuts would be €666m or €1bn, he said he wants the verification process to address this.

Speaking on RTÉ’s Morning Ireland, Mr Harris said when Mr Martin was minister for health there had been Budget overruns.

He said the bottom line was that the health estimate was not sustainable next year and would simply collapse.

Speaking at the launch of COPD Support Ireland, a support organisation for suffers of Chronic Obstructive Pulmonary Disease, Mr White said he had confidence in Mr Reilly’s ability.

"The entire Government has an interest in ensuring that the public has a health service."

The former Junior Health Minister Roisin Shortall, has said the budget estimate for savings in the Health service over the coming year is not achievable.

Speaking to RTÉ News Ms Shortall said that if there was an attempt to get close to achieving savings of €666m that the health service would collapse.

Ms Shorthall said this figure is predicated on attaining huge savings in the area of medical cards.

She said that the present level of income limits from medical cards is currently very low.

Ms Shortall said that if these savings targets are to be achieved, either very large numbers of people will lose their medical cards or there will be another large black hole in the health budget which will need to be filled during the year.

The current situation is a repeat of what happened following last year 's budget and a fundamental issue of poor financial management service needs to be addressed, she added. 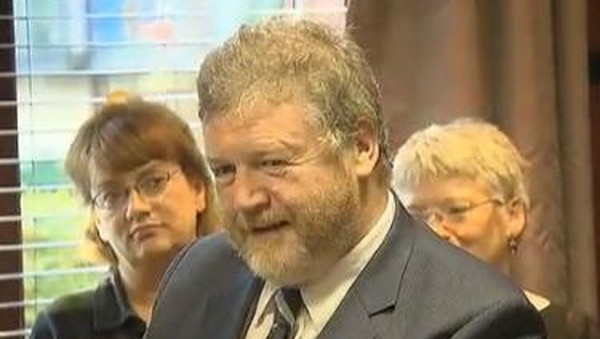