He was received at the Presidential Palace in the heart of Mexico City, and held 20 minutes of talks with President Pena Nieto.

Afterwards, President Higgins he said he had invited his counterpart to Ireland for a return visit.

He praised the links between the two countries and said he had first visited Mexico as a post-graduate student 45 years ago, and it was a pleasure to return as President.

There is €1bn worth of trade between Ireland and Mexico.

That will be the theme tomorrow when President Higgins flies to Guadalajara to address a major business summit. 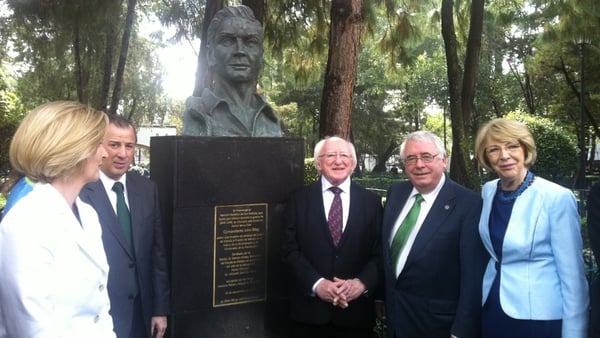