Australia's Department of Defence is investigating if a major bushfire raging in New South Wales is linked to a military explosives training exercise which began around the same time.

Fire-fighters are continuing to battle a series of major wildfires in New South Wales, with fears that hundreds of homes have been destroyed.

One man has died while trying to protect his home.

Fires are continuing to blaze on the outskirts of Sydney, despite the slight easing of temperatures and winds.

This is one of the areas worst-hit by the fires, around 70km west of Sydney.

The Australian Defence Force said it was investigating the circumstances of a fire near Lithgow, which began on military land.

"The fire started on 16 October, the same day that defence personnel were conducting an explosive ordnance training activity," it said in a statement.

The military said it was investigating if the two events are linked.

"Our thoughts are with those who have lost property or whose property is threatened by these devastating fires," the statement added. 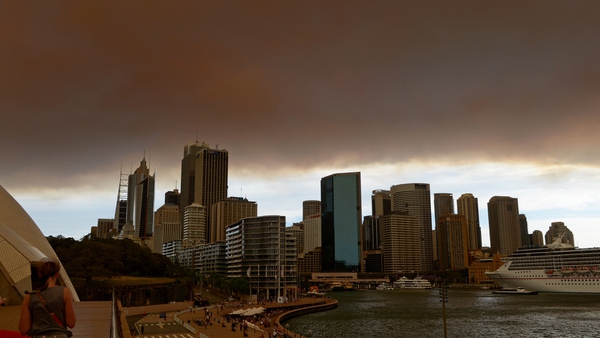 Up to 200 homes damaged in Sydney wildfires