A spate of wildfires has destroyed at least 30 homes west of Sydney in Australia.

Fuelled by unseasonably high temperatures and strong winds, dozens of fires are burning in the Blue Mountains region and other parts of New South Wales state.

The airport at Newcastle, 160km north of Sydney, was closed and schools, workplaces and entire neighbourhoods were evacuated.

"If we get through with less than 100 homes destroyed today, we have been lucky," Rural Fire Service Commissioner Shane Fitzsimmons said.

He described the conditions as the most dangerous in the state in a decade.

Up to 600 firefighters were battling almost 80 fires earlier today. 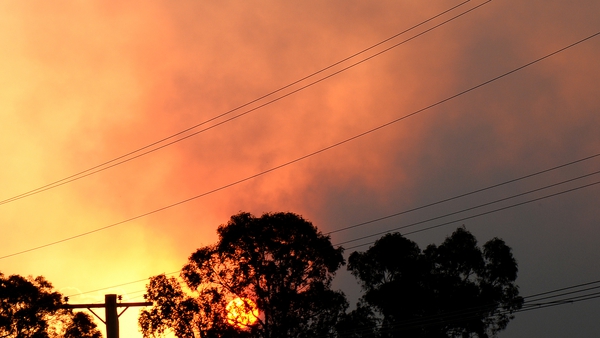