Ireland has strongly opposed a plan from the European Commission on mackerel fishing.

The plan aims to end a row between the EU, Iceland and the Faroe Islands in the northeast Atlantic.

At a meeting of fisheries ministers in Luxembourg, Minister for Agriculture, Food and the Marine Simon Coveney said the current plan was "not acceptable" to Ireland.

He argued that giving Iceland and the Faroe Islands a larger quota than Ireland, believed to be around 12% each, was neither fair nor justifiable.

The Commission must not just accommodate Iceland and the Faroes, but also seek to defend the interests of EU member states such as Ireland, he added.

Mr Coveney also called for the plan to be amended in other respects.

He argued the Icelandic fleet cannot be given access to EU waters, because it would not be possible to enforce any mackerel quotas that might be agreed.

The minister also stipulated that any offer on quotas to Iceland and the Faroe Islands must be jointly made by the EU and Norway to ensure the burden was shared equally.

He said that Ireland wanted the issue of mackerel quotas to be resolved through negotiation, but would not accept a plan at any price.

Mr Coveney told RTÉ News that he had a meeting with Maritime Commissioner Maria Damanaki to update her on Ireland's views.

The commissioner will now update her plan in light of today's discussions, ahead of negotiations with Iceland and the Faroe Islands in London.

Any agreement would then be brought back to EU fisheries ministers. 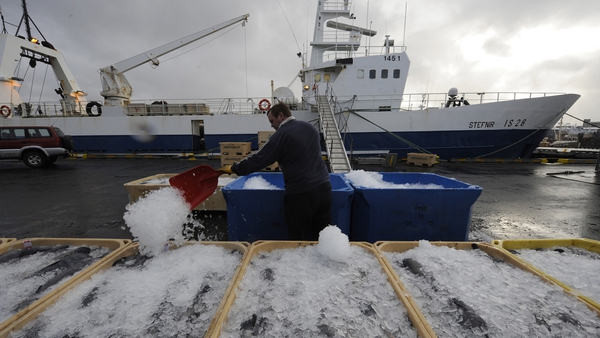