Icelandic Prime Minister Sigmundur Davíd Gunnlaugsson has clashed with European Commission President José Manuel Barroso over EU plans to impose sanctions on his country due to the overfishing of mackerel.

Speaking in Brussels, Mr Gunnlaugsson said he believed it was "unlikely" that the EU will impose sanctions.

He suggested they would not be in accordance with World Trade Organisation rules.

He said his government wanted to find a negotiated solution, adding that Iceland had been dedicated to sustainable fishing for decades and it was now possible "to see the results of that".

Mr Gunnlaugsson suggested that Iceland may be able to "assist" the EU with its approach, increase fish numbers and "boost the value of European fisheries tremendously".

However, Mr Barroso directly contradicted him, saying "ensuring the sustainability of mackerel fishing is crucial, and we now believe the stock is now in danger".

He said the commission would examine "all possible measures" in order to find a solution to this problem - a reference to the imposition of sanctions before the end of the month.

Mr Barroso said the EU wanted a "negotiated agreement" and therefore "could not support unilateral actions by our partner countries".

He said he wanted Iceland and the Faroe Islands to engage in dialogue with the EU constructively and quickly.

In response, Mr Gunnlaugsson said: "We certainly are committed to reaching a negotiated agreement and we have shown a willingness to do so when we lowered our quotas two years in a row."

He said: "If we let the science guide us, I'm sure we will find a solution which is good for everyone."

Last night, EU fisheries commissioner Maria Damanaki said mackerel stocks could be destroyed by the unilateral setting of quotas by Iceland and action needed to be taken now.

Minister for Agriculture Simon Coveney described the Icelandic mackerel policy as madness, saying it would have devastating impacts on Co Donegal if it was allowed to continue.

He said the EU needed to show its teeth by imposing sanctions and force the Icelandic government into an agreed mackerel quota system.

Ms Damanaki said she will decide by the end of the month what sanctions to impose against Iceland and also the Faroe Islands.

In 2006, Iceland and Faroe Islands jointly accounted for 5% of the total mackerel catch from the northeast Atlantic.

This year they propose to take more than 50%.

Iceland says its increased quotas are justified by a surge in mackerel stocks in its waters, after the fish began migrating further northwards as a result of warming seas. 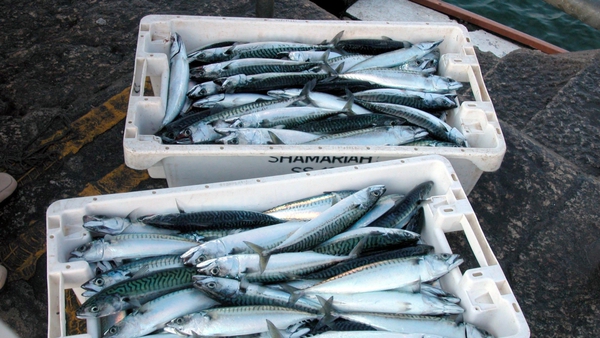