EU fisheries ministers are negotiating how to share out the new European Fisheries Fund, which is designed to assist member states implement the Common Fisheries Policy.

Minister for the Marine Simon Coveney has said he will argue that Ireland should receive a larger allocation this time even though the size of the fund has been reduced.

The fund will be especially important to Ireland as financial assistance can then be granted to fishermen and fishing vessel owners affected by the measures included in the new CFP.

An EU source said it is unlikely that a final agreement will be reached during this meeting.

Ministers are thought to be more likely to agree on the criteria under which the fund will be allocated, rather than on the actual amounts.

The commission has agreed to prepare for trade restrictions against Iceland and the Faroe Islands to force a resolution on overfishing of mackerel.

Minister Coveney had been calling for the move, arguing the Icelandic government was not engaging in meaningful dialogue and mackerel stocks risked collapse.

In 2006, the joint share of Iceland and the Faroe Islands was 5% of the north-east Atlantic mackerel fisheries.

This year the two countries have said it will be 52%.

Mr Coveney said that years of negotiations on establishing an agreed mackerel quota had failed to yield results and now Iceland and the Faroe Islands are simply taking what they want.

He argued this endangered the mackerel stocks, which could collapse as a result of their actions.

Minister Coveney said Ireland's position was backed by member States including the UK, France, Spain, Portugal and the Netherlands.

"Both Iceland and the Faroes have repeatedly refused to engage in any meaningful negotiations with the EU and Norway over the past five years. This is simply unacceptable as they are now fishing over 50% of the scientifically recommended catch level for mackerel," he said.

"I am pleased that the Commissioner and most member states supported moving quickly during this fishing season to take strong and decisive measures.

"We have been left with no choice and must act against these countries being rewarded by their unsustainable and irresponsible behaviour."

Ireland has the second largest mackerel quota in the EU.

European seas are warming and, consequently, mackerel stocks are migrating northwards towards the territorial waters of countries such as Iceland and the Faroe Islands.

He described the position of Iceland and the Faroes as reckless and demanded sanctions be implemented immediately, not just on mackerel but also on associated species. 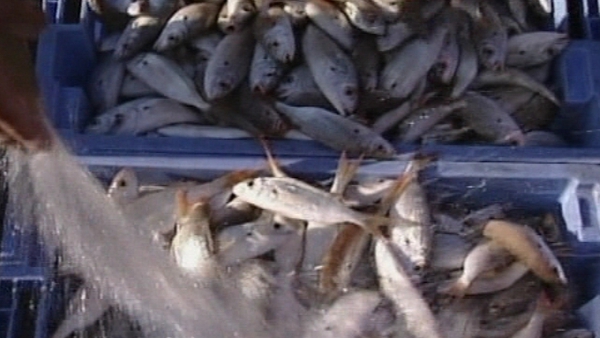