The European Union has agreed to put an end to decades of over-fishing and rebuild dwindling stocks by 2020.

The agreement will put an end to annual haggling over catch quotas by EU ministers in Brussels, widely blamed for putting short-term economic interests above the long-term health of Europe's fish stocks.

Officials said a deal to follow scientific advice more closely when setting quotas in the future could increase EU fish stocks by up to 15 million tonnes by the end of the decade.

The reform will also see a massive reduction in the wasteful practice known as discarding, which sees European fishermen throw almost 2 million tonnes of unwanted fish back into the sea each year.

Speaking on RTÉ's Morning Ireland, he said this was good news for fish stocks and for fishermen.

"It is rare enough when you make a decision in politics that you can say that in almost all aspects this is a positive result because the immediate implication of this for fishermen is that, as they have an obligation to land everything they catch, they will see an increase in their quotas straight away ... which is positive news for them," he said.

"But of course the main issue here is what we're going to do here is to increase fish stocks."

Mr Coveney said that the compromise agreement that was finalised overnight will see the near elimination of the practice of discards, which he described as a "fundamentally flawed by-product of the current common fisheries policy".

"We need a combination here of a radical new way of approaching fishing that one, virtually ends the practice of discards, and two sets fishing quotas on the basis of science to make sure that that's sustainable and that fish stocks can grow and expand. At the same time we have to ensure that we implement it in a practical way that brings fishermen with us.

The minister also defended the compromise agreement, which will, in certain circumstances allow a discard rate of 5%.

Mr Coveney said this allowance would not automatically apply.

He explained that only in cases where fishermen can show that they could not avoid catching a by-catch or a fish for which they do not have a quota, will they be permitted to discard a maximum of 5% of that catch.

As a result, the commission estimates that 75% of European fish stocks are currently over-fished, compared with 25% worldwide.

As part of the deal, EU fishing nations will have to reduce the size of their fleets to reflect their overall quotas or face the loss of some subsidies.

The deal must now be rubber-stamped by EU governments and the full European Parliament before entering force next year, but the details are unlikely to change.

Europe had the third-highest fish catches globally behind China and Indonesia in 2010, the most recent data from the UN Food and Agriculture Organization showed.

Europe's top fishing nations are Denmark, Spain, Britain and France, which together account for about half of all EU catches. 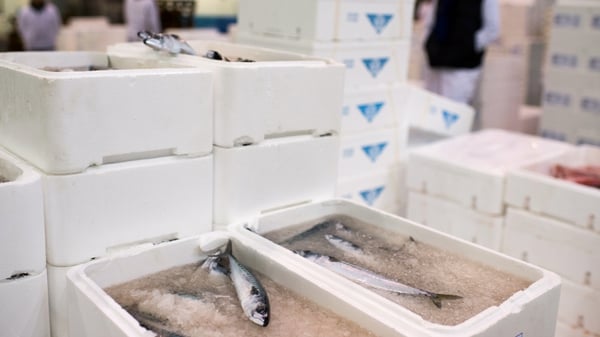