The head of the International Monetary Fund Christine Lagarde has warned that a US debt default would send the world back into recession.

In an interview featured on NBC, Ms Lagarde said that if the US defaulted on its debts, there would be so much uncertainty and risk of disruption that the standing of the US economy would be at risk.

She said it would mean massive disruption all over the world.

Ms Lagarde's intervention came on the same day the World Bank warned of a disaster for the developing world if politicians in the US cannot reach an agreement to increase the government's borrowing limit by next Thursday's deadline.

World Bank president Jim Yong Kim says there is a danger of rising interest rates and slower growth that he says would affect the global economy.

President Barack Obama has been meeting Senate Democrat leaders at the White House to discusss the budget stalemate, which has seen thousands of government workers put on unpaid leave.

Republicans have refused to approve a budget unless the president's healthcare law is delayed.

Officials say up to 15,000 private sector workers have been laid off since the shut down.

Apart from some government services, the dispute has shut many tourist attractions and national parks. 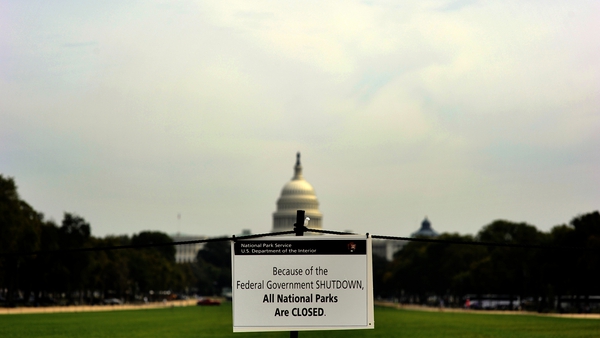