Urgent negotiations to end a partial US government shutdown and head off an unprecedented default are now focused on Senate proposals after the White House rejected House of Representatives Republican ideas, the party says.

House of Representative Republicans emerged angry after a closed meeting with their leaders,

They accusing the White House of rejecting their ideas and refusing to negotiate with them.

However, Representative Pete Sessions, a senior House Republican, said that a new proposal would be put forward in the coming days.

Many House members headed to their home districts after being told there would be no votes before Monday evening. 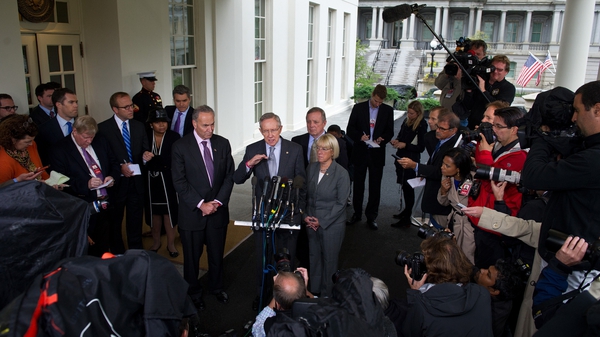 Obama and Republicans aim to end budget crisis after meeting