The Vatican has warned bishops not to reform faster than Pope Francis.

The warning comes after a German diocese said that some divorced and remarried Catholics would now be allowed to receive communion and other sacraments.

Vatican spokesman Rev Federico Lombardi announced that the pope would hold a special synod of bishops in October 2014 to discuss issues facing the family.

But he said local churches that come up with their own reforms in the meantime could create confusion.

Pope Francis has indicated he could consider exceptions to a church law that bars remarried Catholics from the sacraments because Rome considers marriage to be inviolable.

Many bishops have mentioned this as a growing problem in their dioceses.

The archdiocese of Freiburg in Germany issued a guidebook yesterday for priests ministering to remarried Catholics that spelled out a way for them to express remorse for their failed first marriage and receive communion and other sacraments.

Speaking at the Vatican, Rev Lombardi did not mention the Freiburg guidebook but stressed that Francis was working with his bishops on a reform of family issues.

"In this context, offering special pastoral solutions by individuals or local offices can risk causing confusion," he said in a statement, stressing the importance of "conducting a journey in full communion with the Church community."

The Argentine-born pope has shaken up the Church since his election in March by focusing more on reform and forgiveness than issues such as abortion and homosexuality, where Vatican opposition to current social trends is well known.

But he is also consulting his advisers closely, and they have stressed the reform process will take some time to complete.

The unexpected initiative from Freiburg, whose Archbishop Robert Zollitsch is head of the national bishops conference, received a mixed reception in Germany, where this is a major issue.

"This is showing ways how people who take their faith seriously can again have access to full participation in the life of the Church," said Alois Glueck, president of the Central Committee of German catholics.

A spokesman for Munich Cardinal Reinhard Marx, one of the eight cardinals chosen as special advisors to the pope, called the guidebook "a contribution to an unfinished discussion" and stressed the issue must be solved by the worldwide Church.

German bishops have regularly asked the Vatican about readmitting divorced and remarried Catholics to the sacraments in recent years and heard until recently that these faithful could attend mass but not receive communion.

The guidebook stressed that Catholics seeking readmission to the sacraments should discuss their failed marriage with a priest and show they take their faith seriously but decided a second marriage was right for them and any family they have.

"Such a marriage also has a spiritual dimension because it is based on the personal belief of the partners and their participation in the life of the Church," it said. 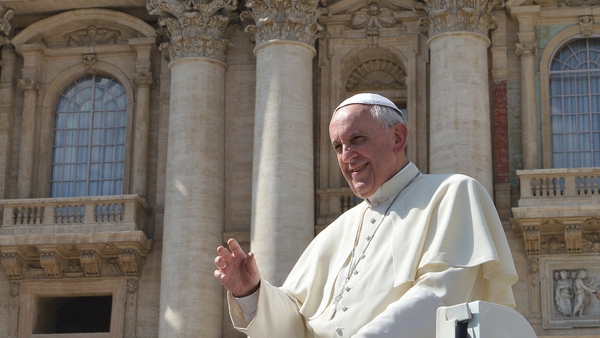