The world's oceans are under greater threat than previously believed from a "deadly trio" of global warming, declining oxygen levels and acidification, an international study has found.

The oceans have continued to warm, pushing many commercial fish stocks towards the poles.

The higher temperatures have raised the risk of extinction for some marine species, despite a slower pace of temperature rises in the atmosphere this century, it said.

"Risks to the ocean and the ecosystems it supports have been significantly underestimated," said the International Programme on the State of the Ocean, a non-governmental group of leading scientists.

"The scale and rate of the present day carbon perturbation, and resulting ocean acidification, is unprecedented in Earth's known history," the report said.

It was made in conjunction with the International Union for Conservation of Nature.

The oceans are warming because of heat from a build-up of greenhouse gases in the atmosphere.

Fertilisers and sewage that wash into the oceans can cause blooms of algae that reduce oxygen levels in the waters.

Carbon dioxide in the air can form a weak acid when it reacts with sea water.

"The 'deadly trio' of ... acidification, warming and deoxygenation is seriously affecting how productive and efficient the ocean is," the study said.

Alex Rogers of Oxford University, scientific director of IPSO, said scientists were finding that threats to the oceans, from the impacts of carbon to over-fishing, were compounding one another.

"We are seeing impacts throughout the world," he said.

Current conditions in the oceans are similar to those 55 million years ago, known as the Paleocene-Eocene thermal maximum, that led to wide extinctions.

The current pace of change is much faster and means greater stresses, Professor Rogers said.

Acidification, for instance, threatens marine organisms that use calcium carbonate to build their skeletons - such as reef-forming corals, crabs, oysters and some plankton vital to marine food webs.

Corals might cease to grow if temperatures rise by 2C and start to dissolve at 3C, the study said.

Scientists said the findings added urgency to a plan by almost 200 governments to work out a deal by the end of 2015 to limit a rise in average world temperatures to less than 2C above pre-industrial times.

Temperatures have already risen by about 0.8C.

The report also urged tougher management of fish stocks including a ban on destructive bottom trawlers and granting more power to local communities in developing nations to set quotas.

Last week, a report by the UN's Intergovernmental Panel on Climate Change (IPCC) raised the probability that mankind was the culprit for most global warming to 95%, from 90% in a report in 2007.

"If the IPCC report was a wake-up call on climate change, IPSO is a deafening alarm bell on humanity's wider impacts on the global ocean," said Trevor Manuel, co-chair of the Commission and minister in the South African Presidency. 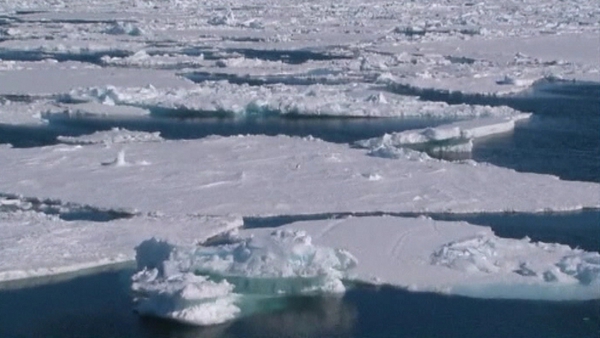