Leading climate scientists have blamed mankind more clearly than ever as the main cause of global warming.

The fifth report of the Intergovernmental Panel on Climate Change, which has taken years to produce and involved hundreds of scientist, has been published.

It is meant to guide governments in dealing with rising temperatures.

Delegates said the report raised the probability that most global warming was manmade to 95%, from 90% in its previous report in 2007.

The report concludes that many of the observed changes in climate are unprecedented not just over decades but over millennia.

It says oceans have warmed, the amounts of snow and ice have diminished, sea levels have risen and concentrations of greenhouse gases have increased.

It found each of the past three decades has been successively warmer at the Earth's surface than in any preceding decade since 1850.

Ocean warming dominates the increase in energy stored in the climate system, accounting for more than 90% of the energy accumulated between 1971 and 2010 the report finds.

It found that over the past two decades the Greenland and Antarctic ice sheets have been losing mass, glaciers have continued to shrink almost worldwide and Arctic sea ice and Northern Hemisphere spring snow cover have continued to decrease in extent.

Continued emission of greenhouse gases will cause further warming and changes in all components of the climate system.

It predicts that by the end of the century, global surface temperatures are likely to increase by at least 1.5C at minimum and over 2C at the higher end.

Wet regions should expect to receive more rainfall and dry regions will receive less, although there will be exceptions.

The report concludes that the rate of sea level rise since the mid-19th century has been larger than the average rate during the past two millennia.

Atmospheric concentrations of CO2, methane and nitrous oxide have increased to levels unprecedented in at least the past 800,000 years, it claims.

CO2 concentrations have increased by 40% since pre-industrial times, primarily from fossil fuel emissions and secondarily from net land use change emissions.

It also finds that our seas and oceans have absorbed about 30% of the emitted CO2, causing ocean acidification.

The IPCC concludes that human influence on the climate system is clear and extremely likely, and is evident from the increasing greenhouse gas concentrations in the atmosphere, positive radiative forcing, observed warming and understanding of the climate system.

It says climate models have improved since the last report.

The authors say continued emissions of greenhouse gases will cause further warming and changes in all components of the climate system.

The global ocean will continue to warm during the 21st century.

It says heat will penetrate from the surface to the deep ocean and affect ocean circulation.

It predicts that it is very likely that Arctic sea ice cover will continue to shrink and thin and that Northern Hemisphere spring snow cover will decrease in the 21st century as global mean temperatures rise. 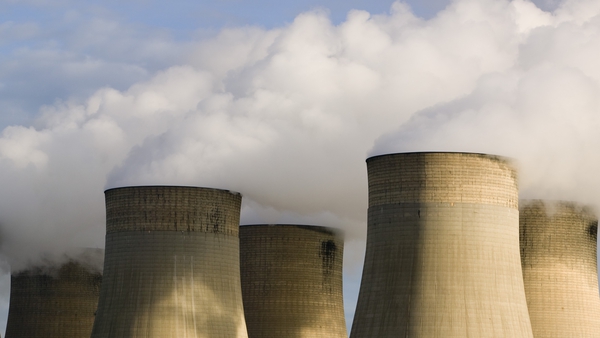