Around 16,000 secondary school teachers have begun industrial action in schools, following their rejection of the Haddington Road Agreement last month.

Members of the Association of Secondary Teachers Ireland will withdraw from after-school meetings and refuse to do additional unpaid administrative work.

ASTI members will not co-operate with training for the new Junior Cycle programme.

The initial impact on schools is expected to be small, but some have already been forced to cancel open nights for prospective students.

Schools say problems are likely to build up in the coming weeks.

They say they can postpone parent-teacher meetings, but not indefinitely.

The schools most affected will be voluntary or religious-run.

Second-level teachers who are members of the Teachers' Union of Ireland are not involved in the action.

The TUI and the Irish National Teachers' Organisation supported the Haddington Road proposals.

ASTI General Secretary Pat King has appealed to the Government to enter talks with a view to resolving issues that have led to the industrial action.

Mr King said he believes there is a resolution to be found to the union's dispute.

He said he was concerned that the action could drag on until it became critical.

Mr King said the solution, as in all disputes, was for people to discuss and negotiate.

Elsewhere, around 200 protesters gathered outside the Department of Education to demonstrate against further cuts to primary education.

Teachers, parents and children attended the rally, which was called by the Irish National Teachers' Organisation.

Speakers called on Minister Ruairi Quinn not to increase class sizes generally and called for a reversal of planned increases in the pupil-teacher ratio for small schools. 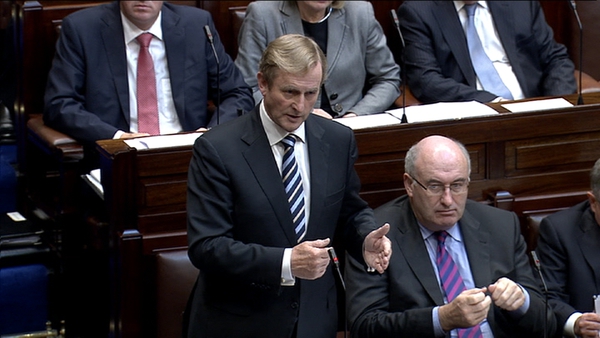 No getting around Haddington Road Agreement - Taoiseach