Taoiseach Enda Kenny has said there is no getting around the fact that cutbacks under the Haddington Road Agreement must be made.

Mr Kenny was responding to calls in the Dáil from Sinn Féin to intervene in the decision by the Association of Secondary Teachers Ireland not to support the agreement.

Teachers are to take action against cutbacks from next week.

Mr Kenny said the deal was agreed after lengthy negotiations and the ASTI should think carefully about the effects on students.

The Labour Relations Commission has also ruled out an intervention in the dispute.

Director of Conciliation Kevin Foley, who was involved in brokering the Haddington Road deal, said there was no basis for the commission to become involved in the dispute.

He said the set of proposals had been tabled and the membership of the ASTI had rejected them.

Elsewhere, the Government's chief negotiator for the agreement said it would be unfair if ASTI members who rejected the deal continued to be paid for supervision and substitution duties while members of unions that accepted the agreement were not.

Speaking after addressing the Public Affairs Ireland conference in Dublin, Paul Reid said that the agreement was not an "à la carte" agreement.

In his address, he referred to the protections given to unions who signed up to the HRA, including commitments on tenure, redeployment, better pay for new teachers and the prospect of restoration of some pay cuts when the deal expires.

He said that for the sole union that has rejected the deal, the ASTI, those protections no longer apply.

He said the Government would now decide how to approach all aspects of the agreement in the coming days.

Following its rejection of the HRA, the ASTI instructed its members to continue to cooperate with supervision and substitution duties, as they are voluntary and attract payment.

However, 17,000 ASTI secondary teachers are to withdraw from all meetings outside school hours in protest at cutbacks in pay and conditions as part of their campaign of action from next Wednesday. 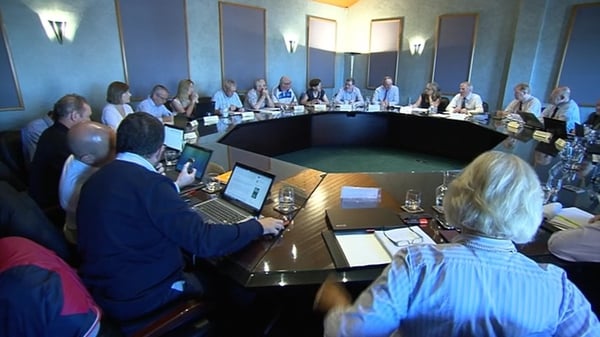 ASTI to withdraw from meetings outside school hours