The Association of Secondary Teachers in Ireland has decided to withdraw from all meetings that take place outside school hours in protest at cutbacks in pay and conditions.

This will mean that school planning meetings, parent-teacher meetings and staff meetings will have to be held during school hours.

The union has also decided to withdraw from in-service teaching for the Junior Certificate cycle.

No member will take on a vacant post of responsibility without being paid for it.

The decision was taken at a meeting of the ASTI Standing Committee today and the action will begin on 2 October.

The ASTI rejected the Haddington Road Agreement, so members will be subject to the more stringent terms of emergency financial legislation known as FEMPI.

Minister for Education Ruairi Quinn has said he is "considering the position" and will be speaking with Cabinet colleagues tomorrow.

The Joint Managerial Body, which represents school managers, said they were concerned about the industrial action announced by the union.

Chief Executive Ferdia Kelly said they needed clarification of how the action would impact on schools, but said their priority was to ensure that students would have continuity of teaching and learning.

President of the National Parents Council Post-Primary Don Myers said the action must not affect any aspect of students' education.

Members of the ASTI, which represents 17,000 secondary school teachers, voted against the agreement by 63% to 37%.

In a contingent poll, 65% of members voted in favour of industrial action, with 35% against.

Elsewhere, the Irish Federation of University Teachers has voted to accept the Haddington Road deal. 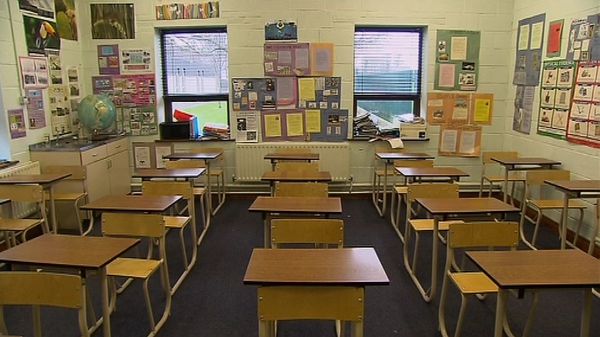