Students have protested around the country over potential cuts to third-level education in the upcoming Budget.

The events were organised by the Union of Students in Ireland as part of its "fight for your future now" campaign.

USI President Joe O'Connor said the maintenance grant had been hit in four consecutive Budgets and that the cost of college was continuing to spiral upwards.

Students from eight colleges across Dublin and Maynooth took part in a protest on Molesworth Street opposite Leinster House this evening.

Earlier, up to 2,000 students from six colleges took part in a march in Sligo.

Around 1,000 students also marched in Cork calling for no further cutbacks in third-level education.

Students from University College Cork and Cork Institute of Technology were joined by students from institutes of technology in Limerick, Waterford, Tralee and Carlow.

Union of Students Vice-President for the Southern Region Ciara Guinan said they would no longer stand for students and their families being targeted in the Budget. 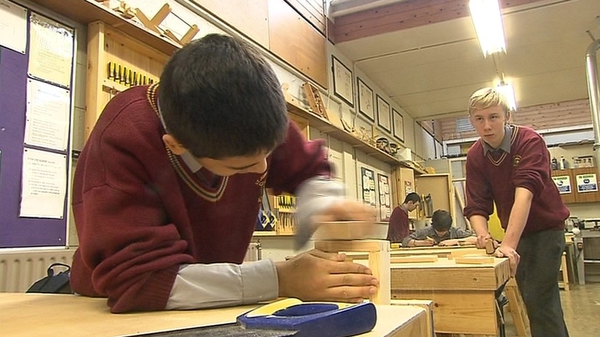