Taoiseach Enda Kenny confirmed his refusal to take part in the programme over the weekend.

The party’s deputy campaign director Regina Doherty said the broadcaster was trying to artificially manufacture a Leaders' Debate, insisting that non-political voices should be heard as well.

She claimed that not having key public voices on the panel for tomorrow's programme was clearly a break from previous referendums.

In a statement this evening, RTÉ said "non-political voices will not be excluded" from the debate.

It said: "Members of the public as well as representatives of the main campaigning groups on both sides of the argument will be fully and fairly represented in the audience and will take an active part in the debate."

Meanwhile, the referendums on Seanad abolition and establishing a Court of Appeal both appear set to be passed, according to the latest opinion poll.

The Irish Times/IPSOS MRBI poll suggests that, when undecided voters are excluded, the proposal to scrap the Seanad is backed by 62%, with 38% against.

The poll indicated that the separate referendum to set up a new Court of Appeal is backed by 76% of decided voters, with 24% in favour of maintaining the existing system.

The poll was conducted last Friday and Saturday among 1,000 adults.

Elsewhere, the Chair of the Referendum Commission, Ms Justice Elizabeth Dunne, has warned of voter apathy ahead of Friday's votes.

Speaking on RTÉ's Morning Ireland, Ms Justice Dunne encouraged people to vote in the referendums, highlighting "the idea that people will decide they don't care enough about anything in our society to vote".

She said the referendums were focused on fundamental issues and warned that those who do not vote "will be allowing others to decide these important issues".

"It is important not to sit on the sidelines, ignore what is going on and to take part in our democracy," Ms Justice Dunne said. 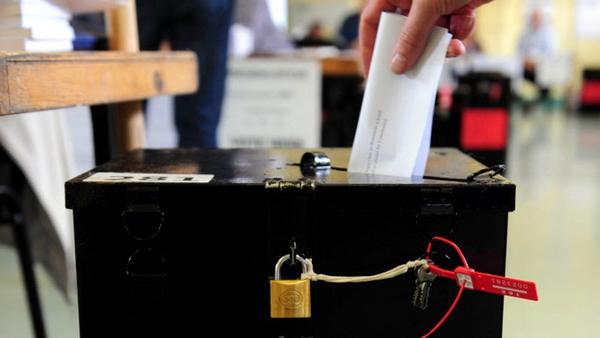