Nine suspects are now in custody over last week's raid at the Westgate shopping centre in Nairobi, after one person was arrested today.

Interior Minister Joseph Ole Lenku declined to give any information about the suspected attackers or those arrested, saying "we do not discuss intelligence matters in public".

The minister also expressed strong objections to an updated travel advisory issued by the US government.

The advisory urges US citizens to "evaluate their personal security situation in light of continuing and recently heightened threats from terrorism" in the east African country.

"We believe issuing the travel advisory is counter-productive in the fight against global terrorism," Mr Ole Lenku said.

"We request the United States, as a friend of Kenya, to lift the travel advisory," he added.

Kenya's government believes that no hostages were left in the building after the attack, "unless forensic evidence shows otherwise," the interior minister said.

Although Kenyan police assisted by US, Israeli and European experts are still searching the partially wrecked building, Mr Ole Lenku said the death toll from the attack still stood at 67. 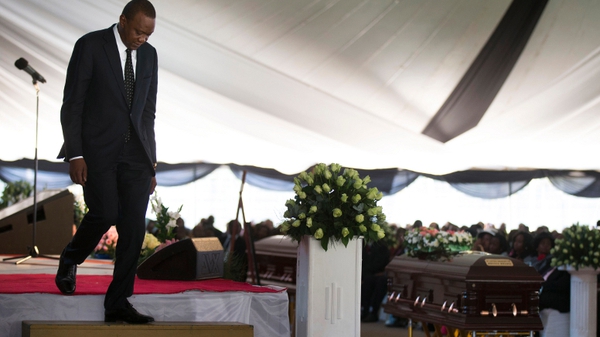