US Defence Secretary Chuck Hagel appealed yesterday for politicians to take action to avert a government shut down next week.

Republicans seeking to derail President Obama's healthcare plan have refused to back the government's budget bill.

"This is an astoundingly irresponsible way to govern," he added.

He said he hoped Congress would work to find "some common ground to govern and at least make the big decisions in the larger interest of this country."

Funding for many US government operations runs out next week with the start of the new fiscal year on 1 October.

Unless Congress reaches a budget deal, much of the government will be forced to shut down.

Only certain activities permitted under law are allowed to continue, officials said.

Mr Hagel said a shut-down could force 400,000 civilian defence workers to take unpaid leave along with many other government employees.

The Republican-controlled House of Representatives is seeking a deal to approve the budget but with a delay on implementation of President Obama's 2010 healthcare law.

However, Senate Majority Leader Harry Reid, a Democrat, has said the Democratic-controlled Senate would not accept any funding measure aimed at derailing "Obamacare" and the White House has promised to veto the legislation if it passes Congress.

Failure to pass a funding bill would close down much of the functions of US government for the first time since 1996. 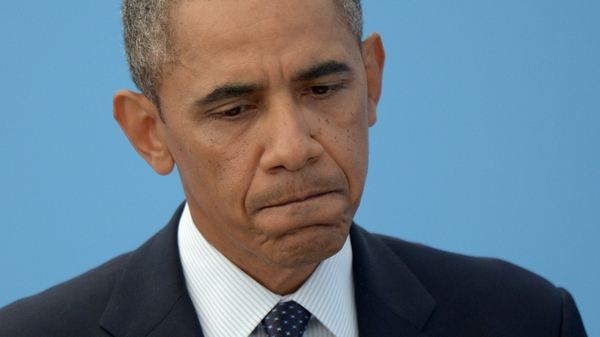